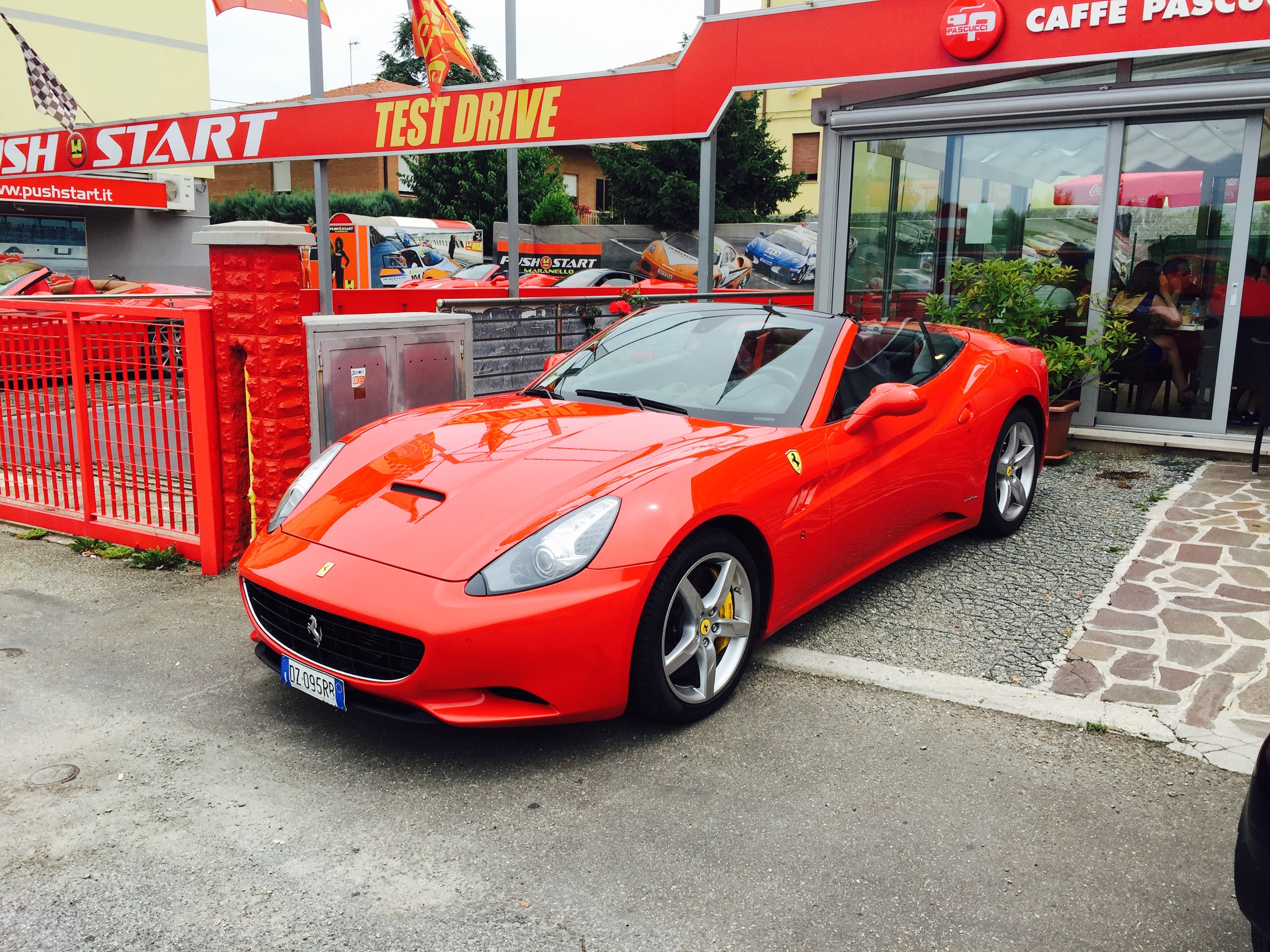 Take a young family member, a teenager, to a fancy car factory, and he will like you a lot.  We once took a young member of our family to the Ferrari town of Maranello in the Apennine Mountains in Italy and he was very happy.

The town of Maranello is kind of hidden up in the mountains. But if you are driving you should have no difficulties getting there. We came by train from Venice and had to change trains in Bologna.  From Bologna we took a train up the Po Valley to Modena, another beautiful medieval Italian city. Modena has almost 200 000 inhabitants and it was here that Enzo Ferrari first had his car factory. Tourist literature says that he moved the operations ten miles up into the hills when Modena was bombed during the Second World War.

We took the crowded local bus the ten miles from Modena up into the mountains. It was in the afternoon when people were returning from work.

I like being a “tourist,” although a tourist is cocooned in a bubble around themselves, especially if isolated in a car. Possibly a friend or two share that cocoon.

The only local people the “tourist” meets are the hotel staff, servers in restaurants, taxi drivers and shopkeepers. But one way to get some idea about what local people are like is to travel with local buses and trains because then you get a glimpse of the daily life in the area. 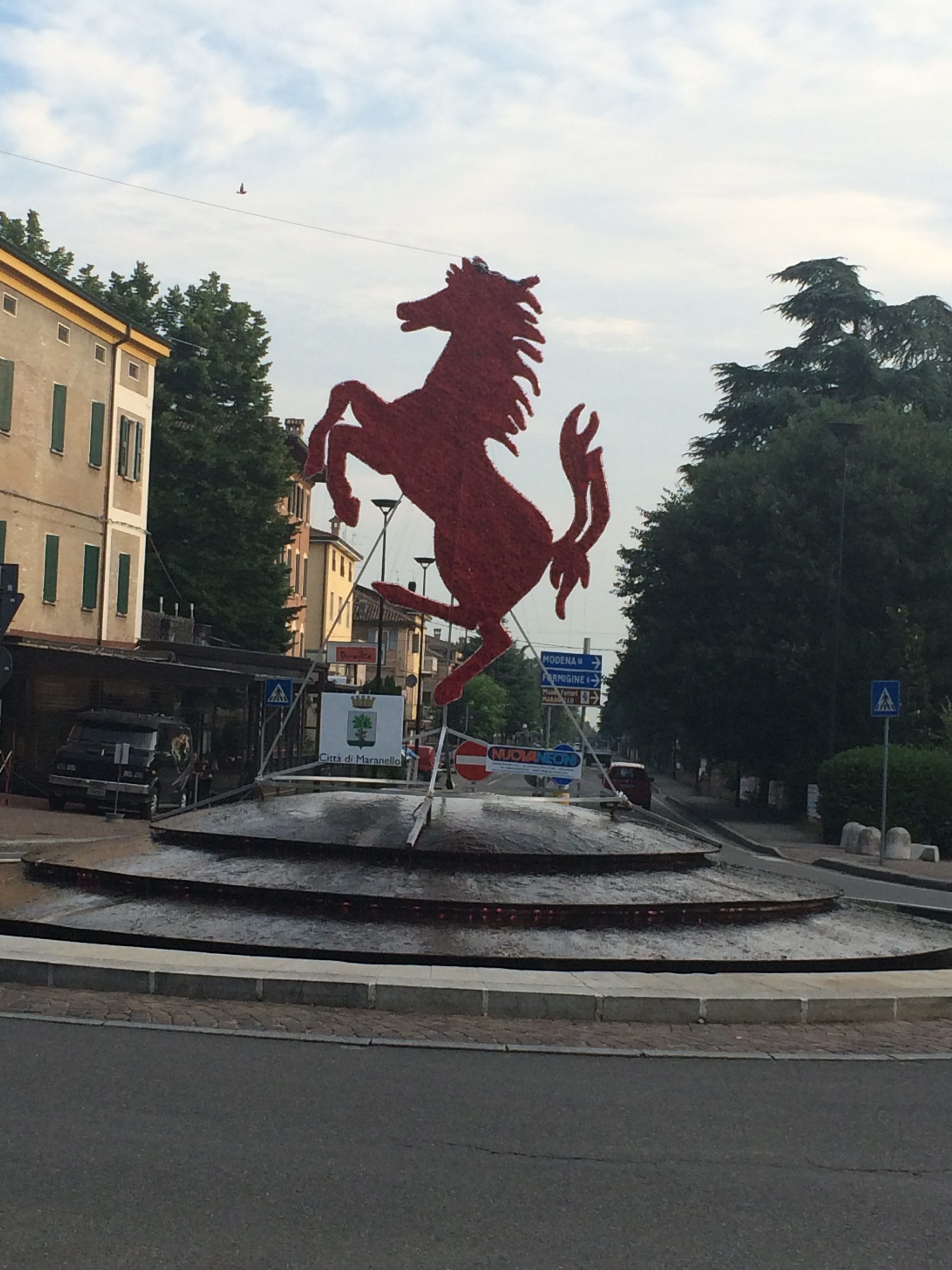 We were let off in Maranello at a regular bus stop and rolled our suitcases toward our hotel for two nights. The bus-driver had pointed us in the right direction. 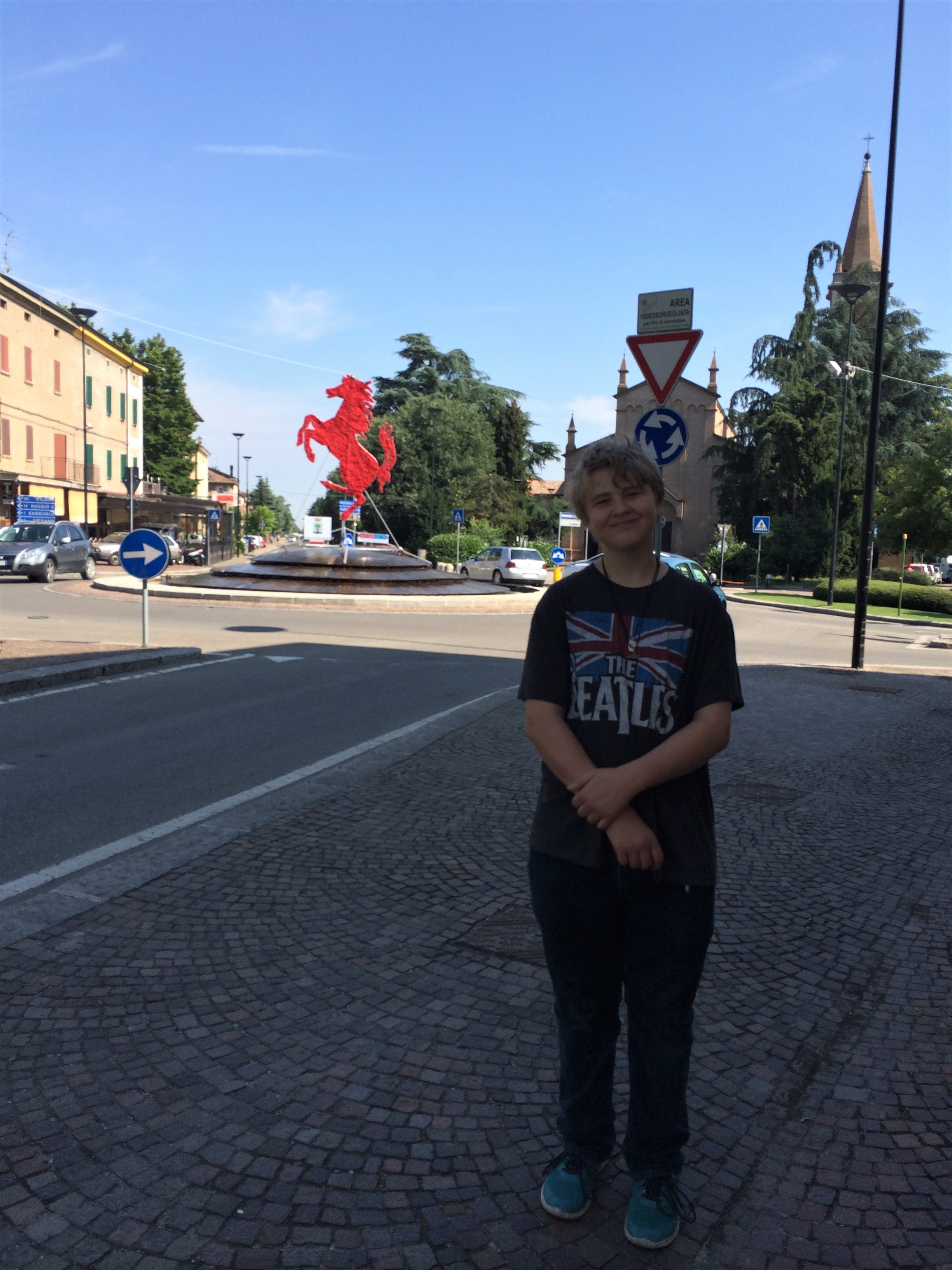 Our young man had no idea when we started our trip through Italy that he was going to visit the Ferrari-town.  We did not tell him until we were on the second train from Bologna to Modena. He had a hard time believing what we then told him. He was awestruck.

Perhaps the boy was a bit disappointed when he saw the hotel.  He had got used to seeing big Italian fabulous palaces—like the ones along the Grand Canal in Venice—or Roman arches and viaducts.  There is nothing like that in Maranello. Maranello is a practical town with good, and comfortable, buildings that will last a long time, built around 1950 due to necessity. It is built up on the mountain range and therefore has clean air.

Our young man was soon thrilled. 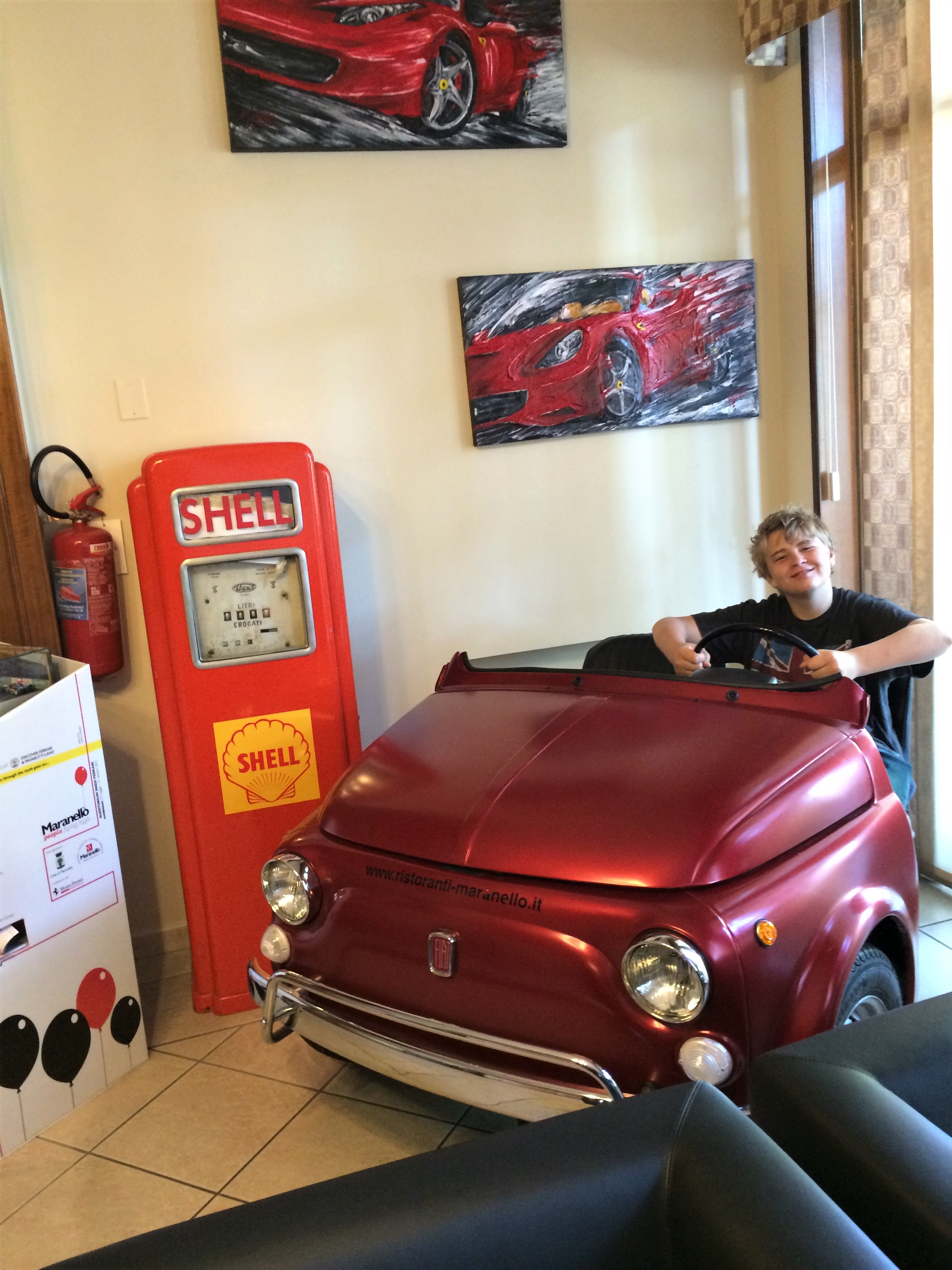 In the lobby of Hotel Domus—a regular, good, hotel—there was the front of a car, a half car as décor, and he sat down by the wheel right away. Then and there started two days of enchantment.

Hotel Domus is located by a pleasant-enough square and it has a restaurant out front under awnings on the sidewalk, a restaurant that transported my mind to the early days of tourism in Europe with so many charming places to have lunch or dinner.

Of course we got our hotel through Booking.com.

Maranello looks like any modern town in Europe with square houses without much decor except that Maranello is dotted with orange. 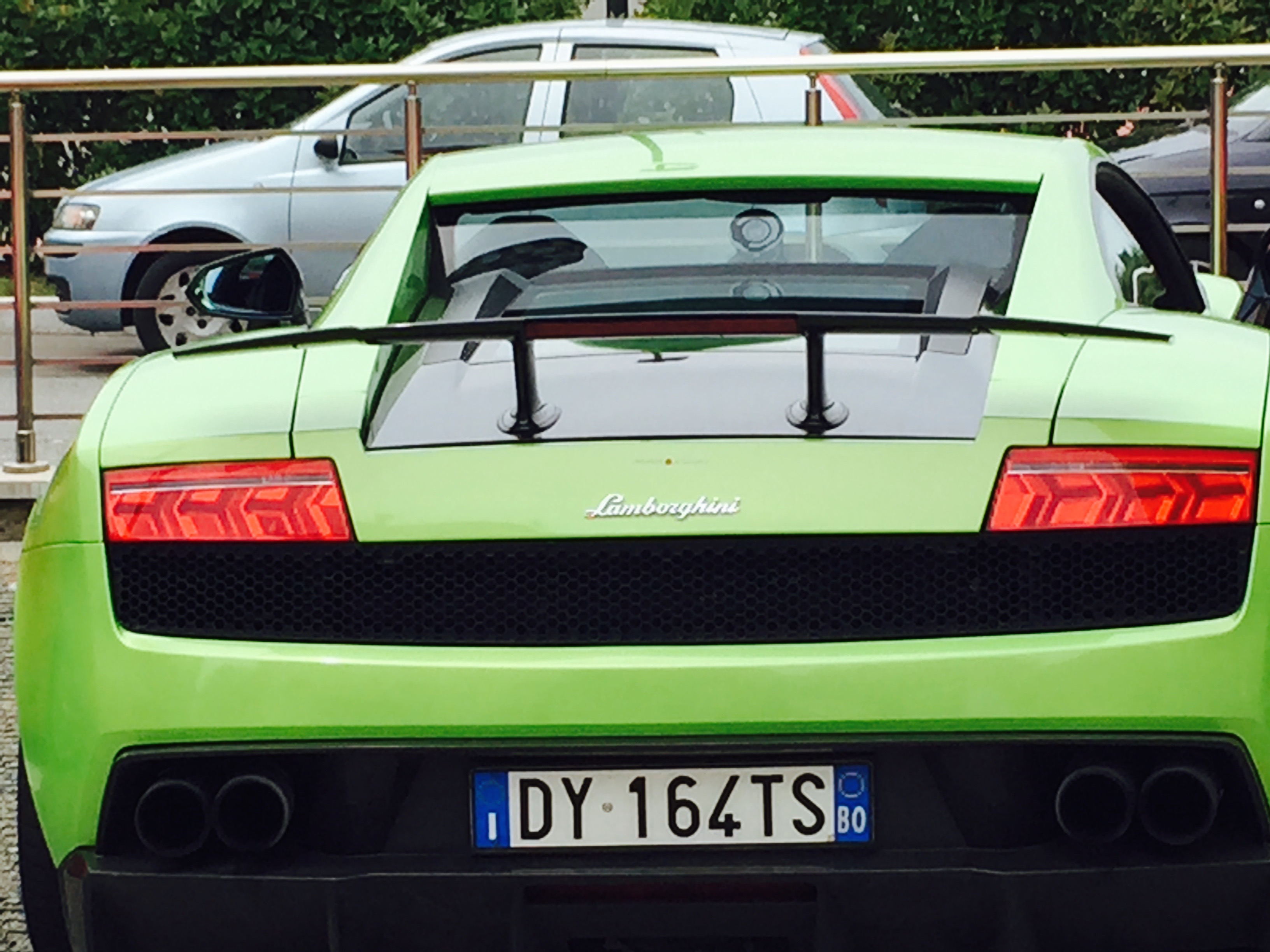 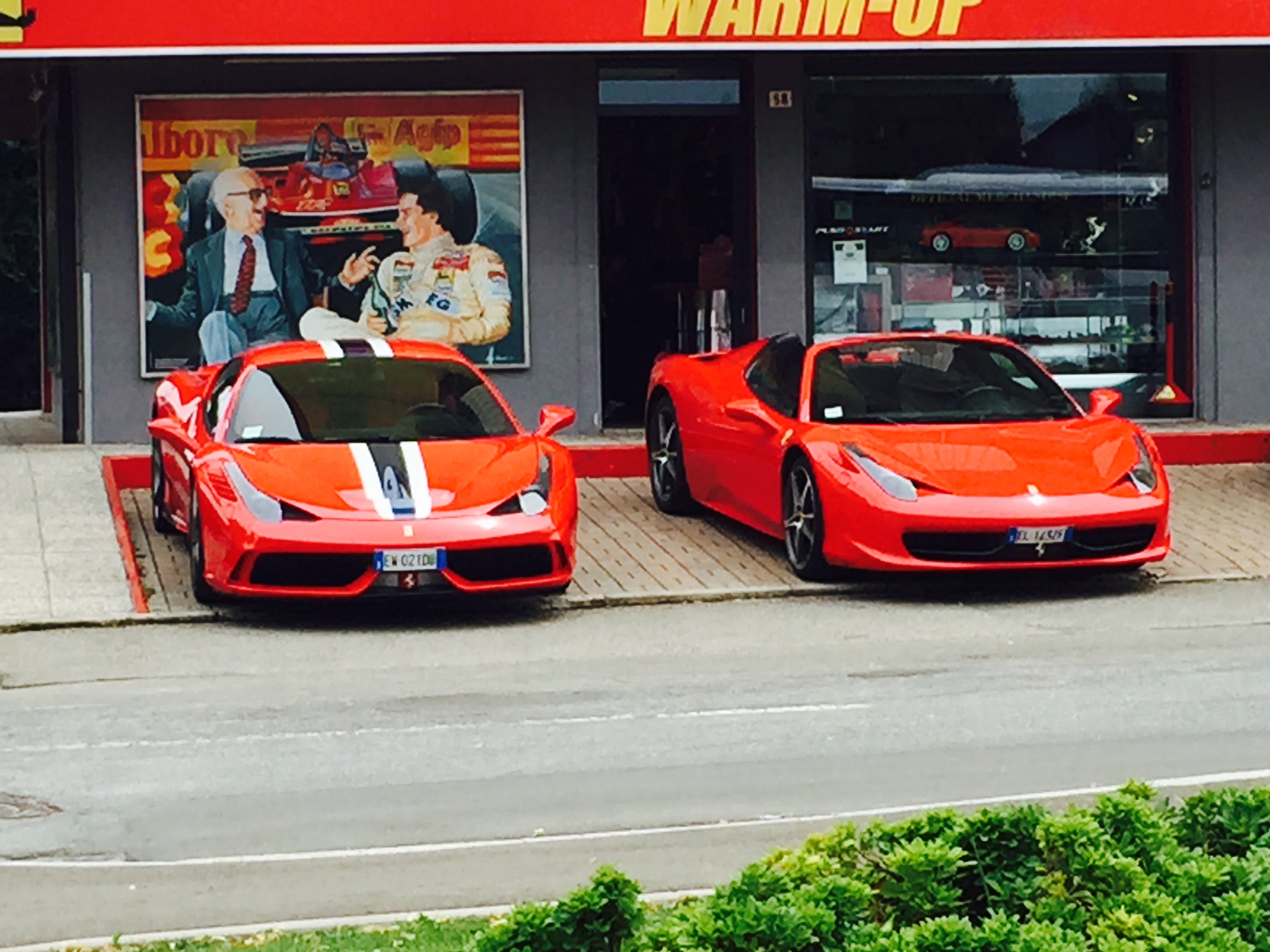 As we expected there were beautiful orange sports cars on the streets, but there were also men in orange overalls on sidewalks, the proud cast-members of the Ferrari production.

We spent a whole day at the Ferrari museum among those extremely beautiful cars. 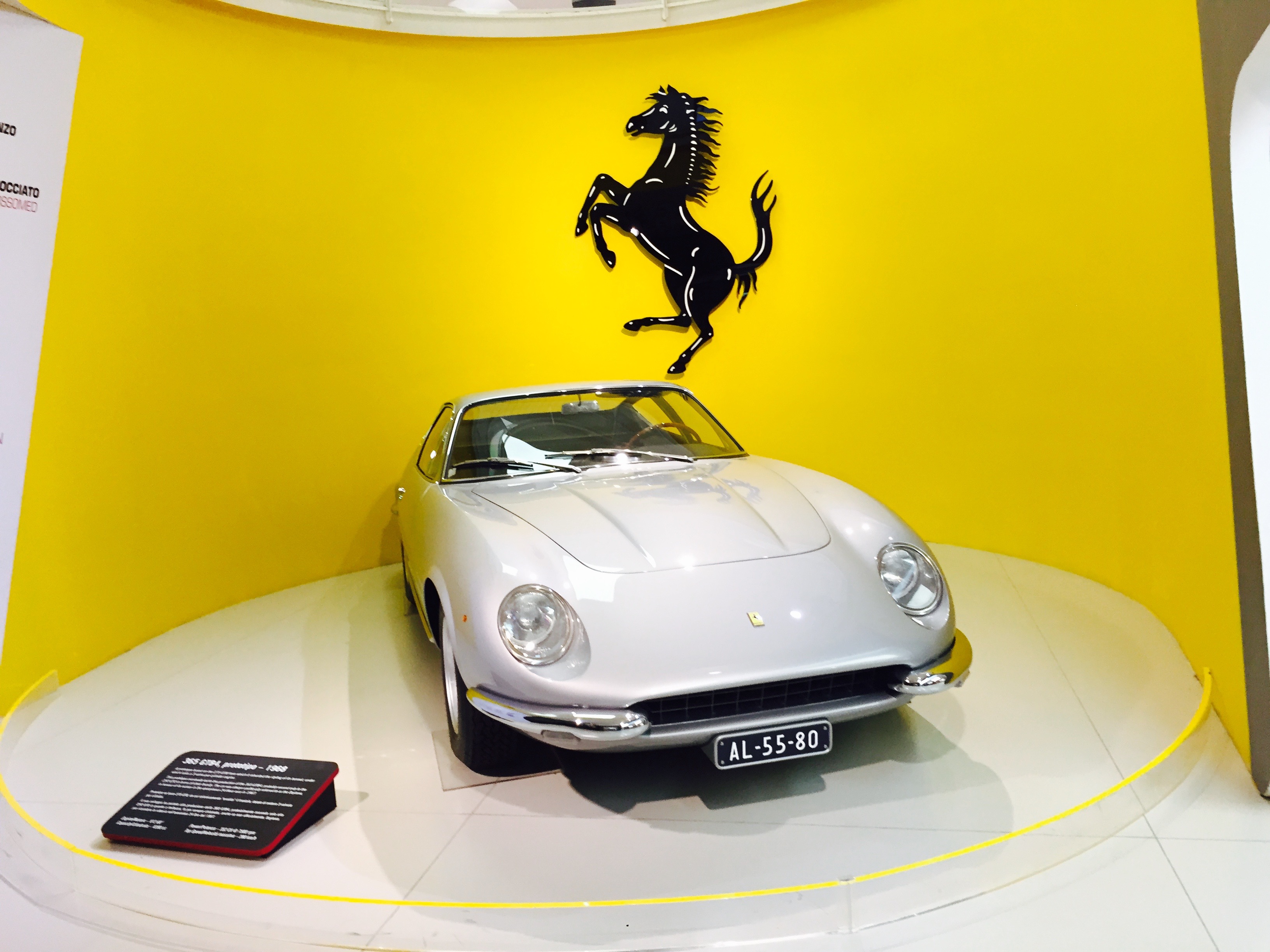 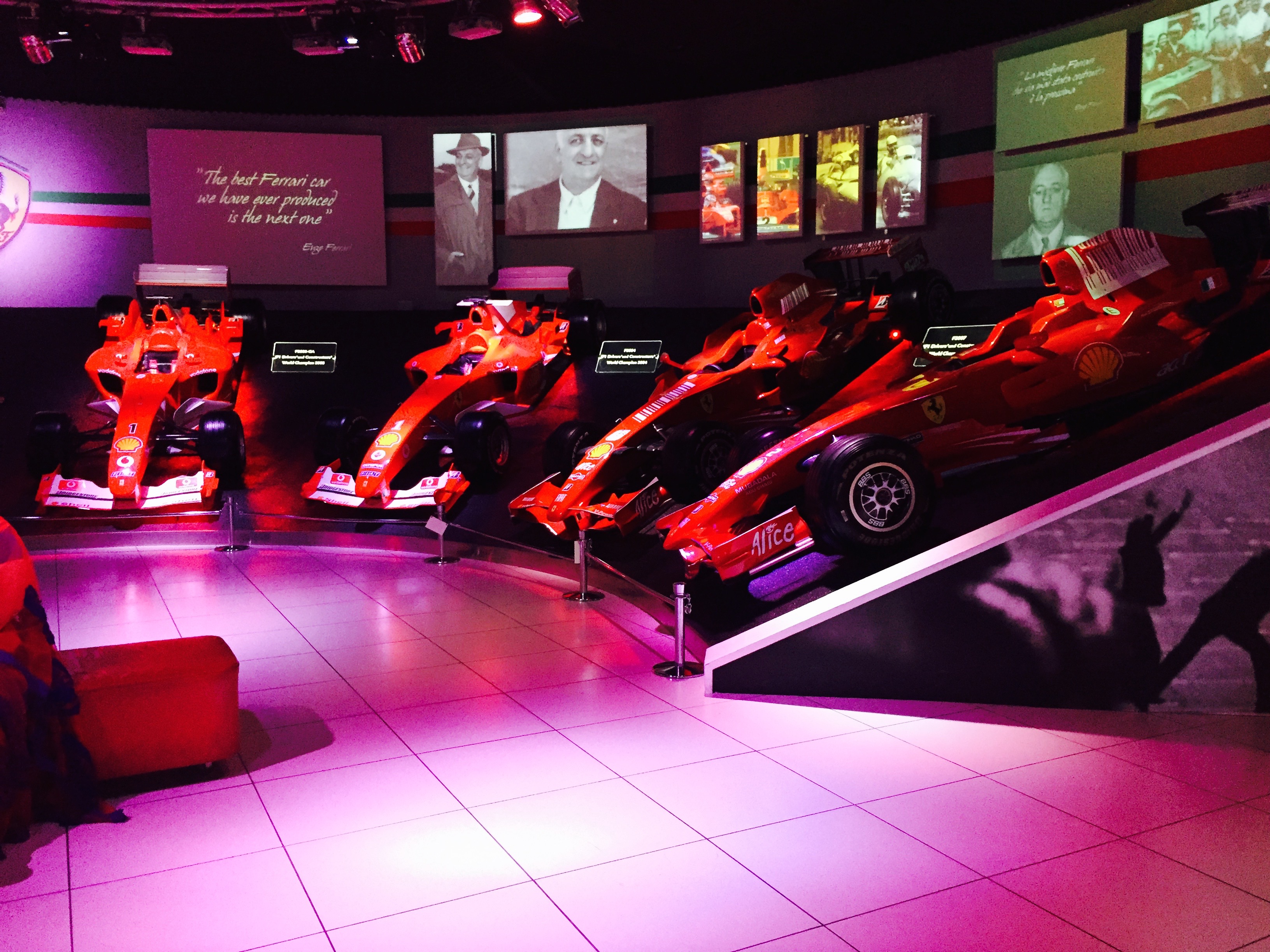 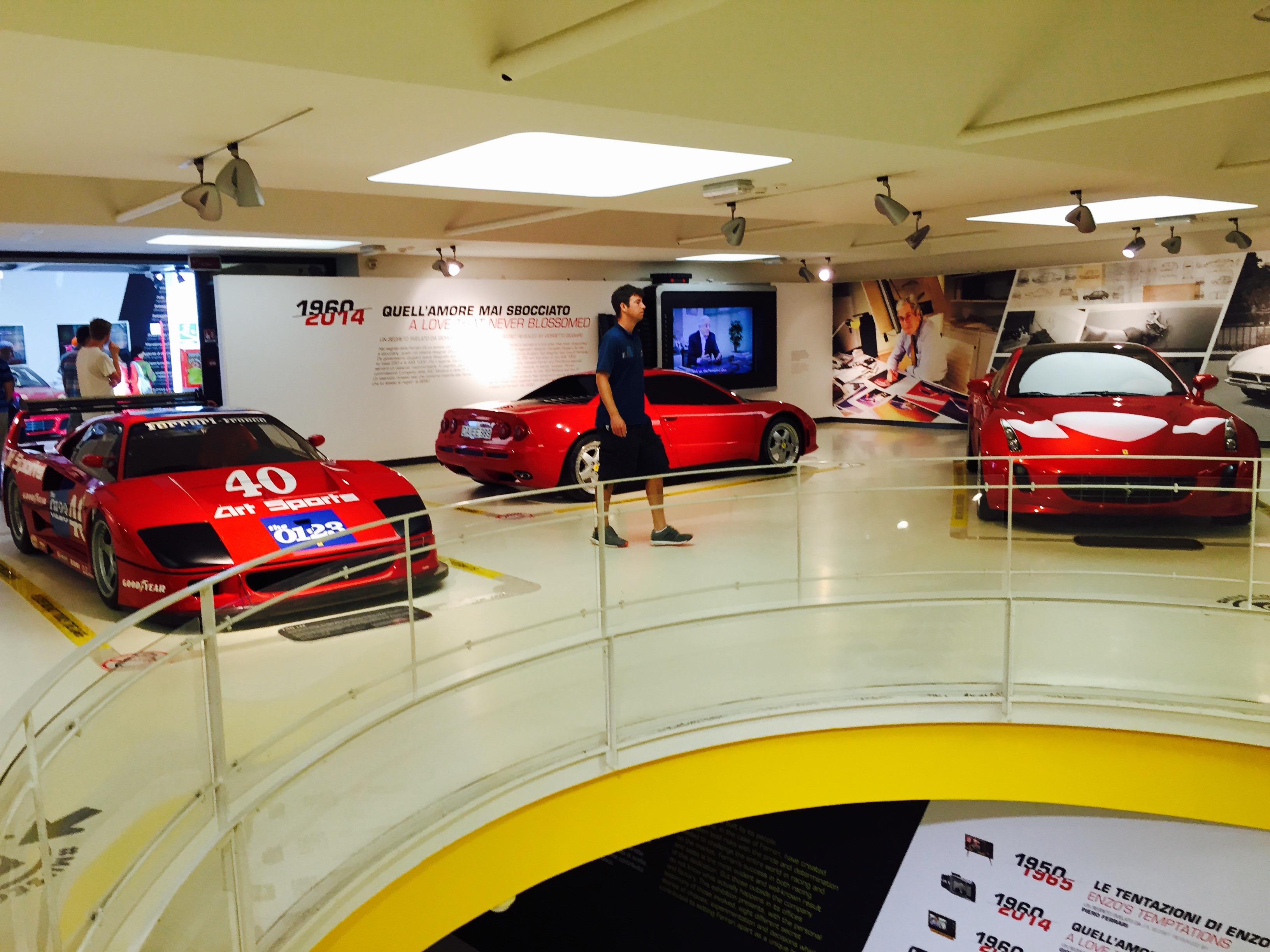 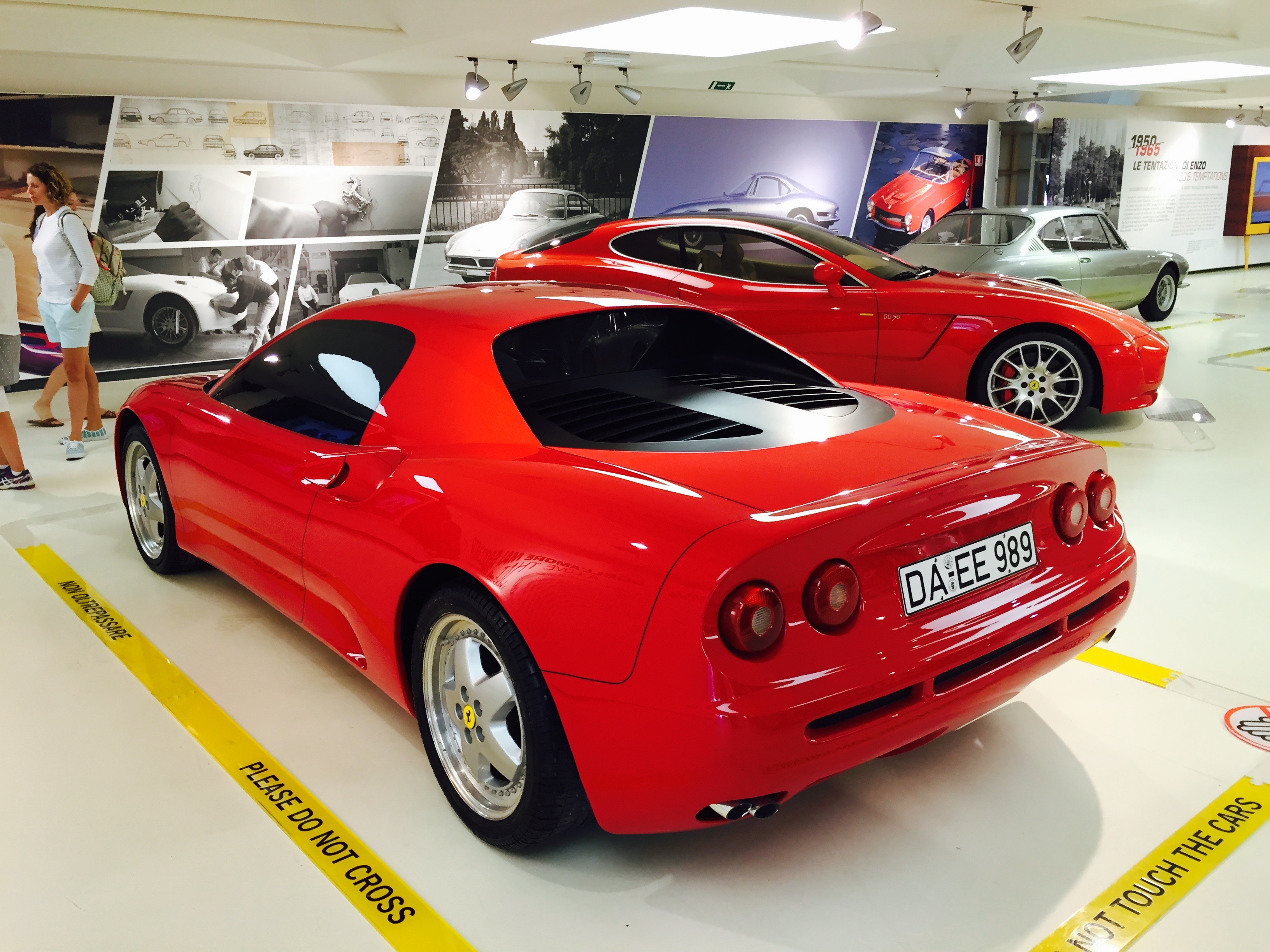 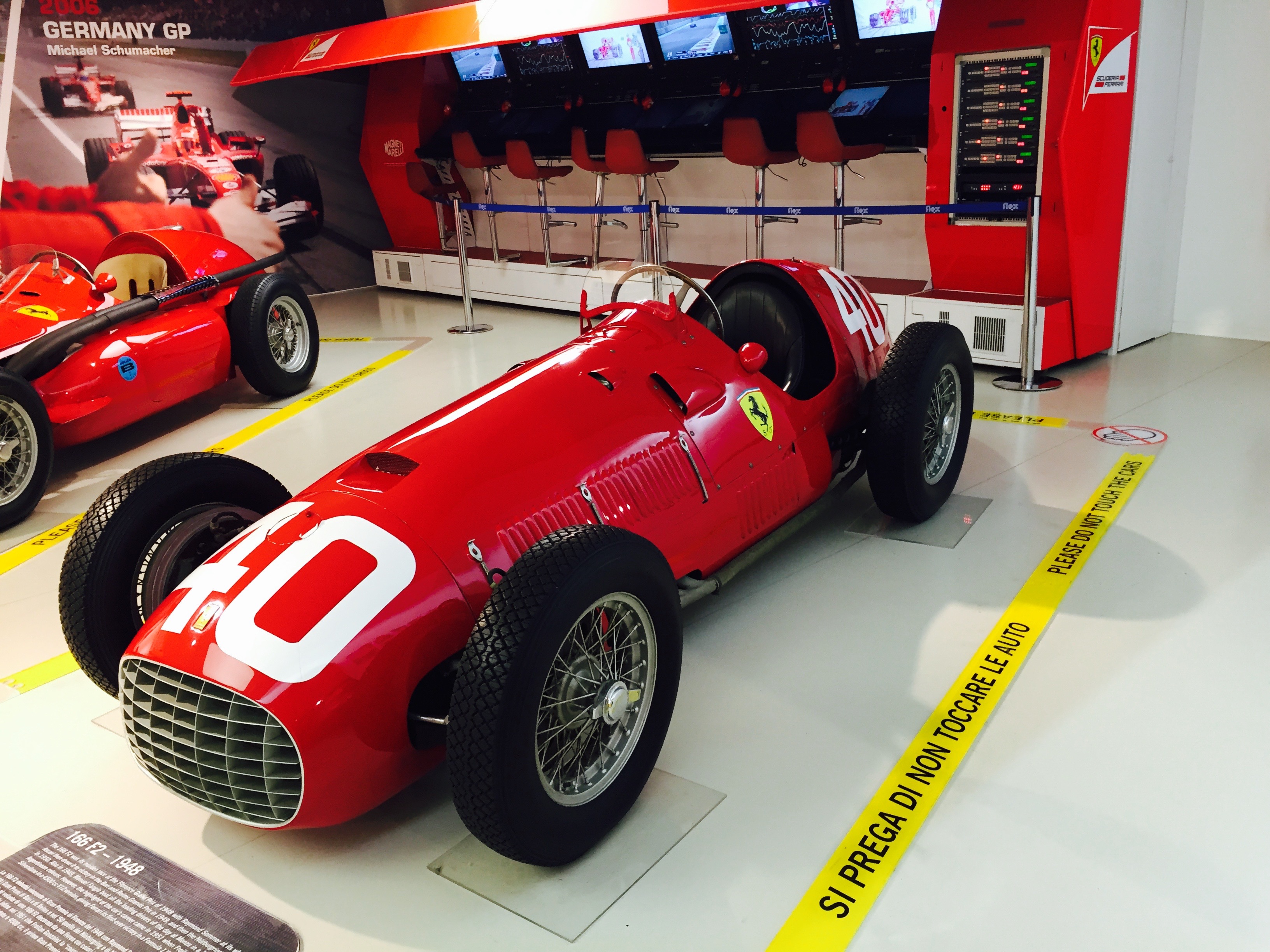 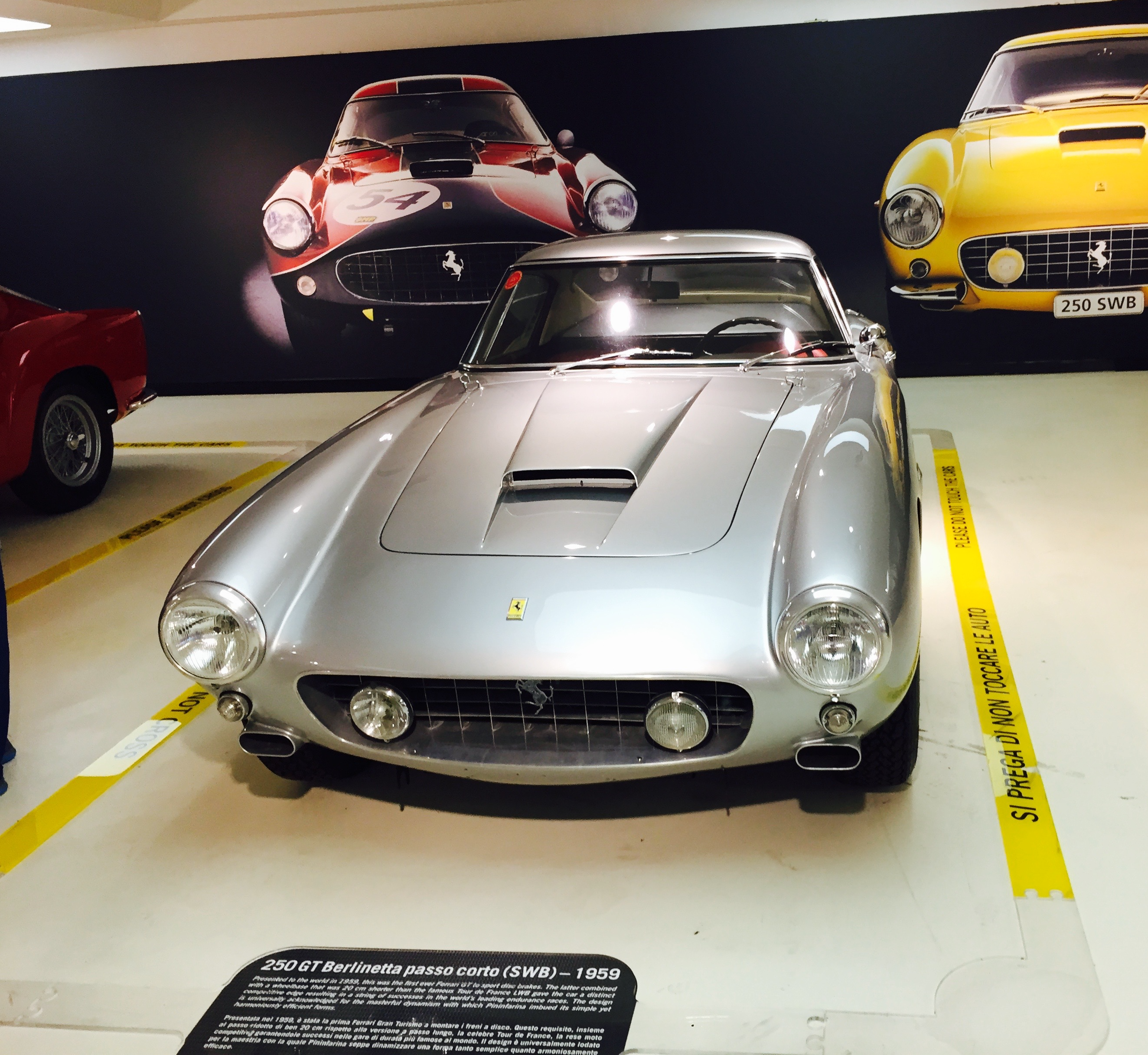 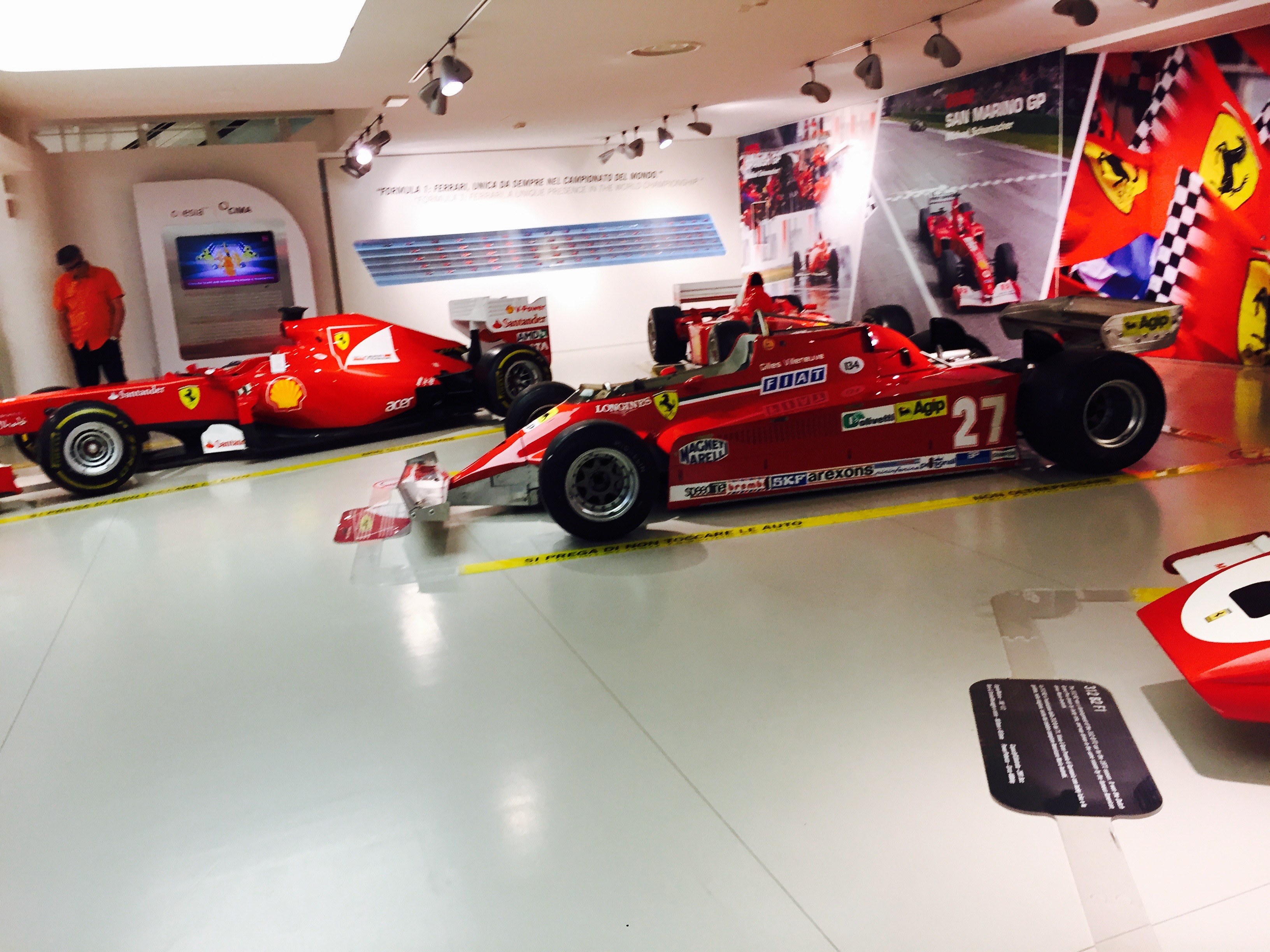 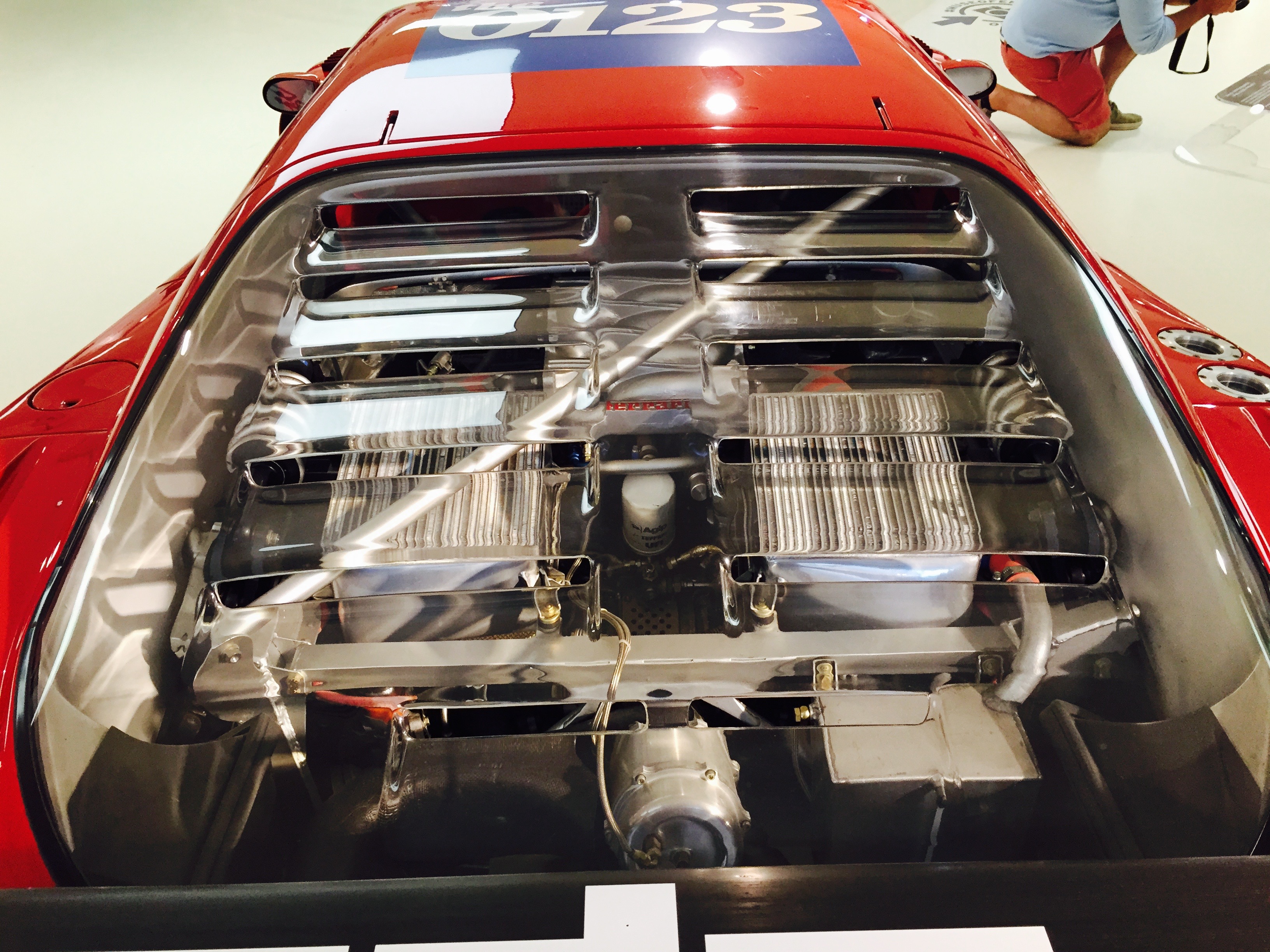 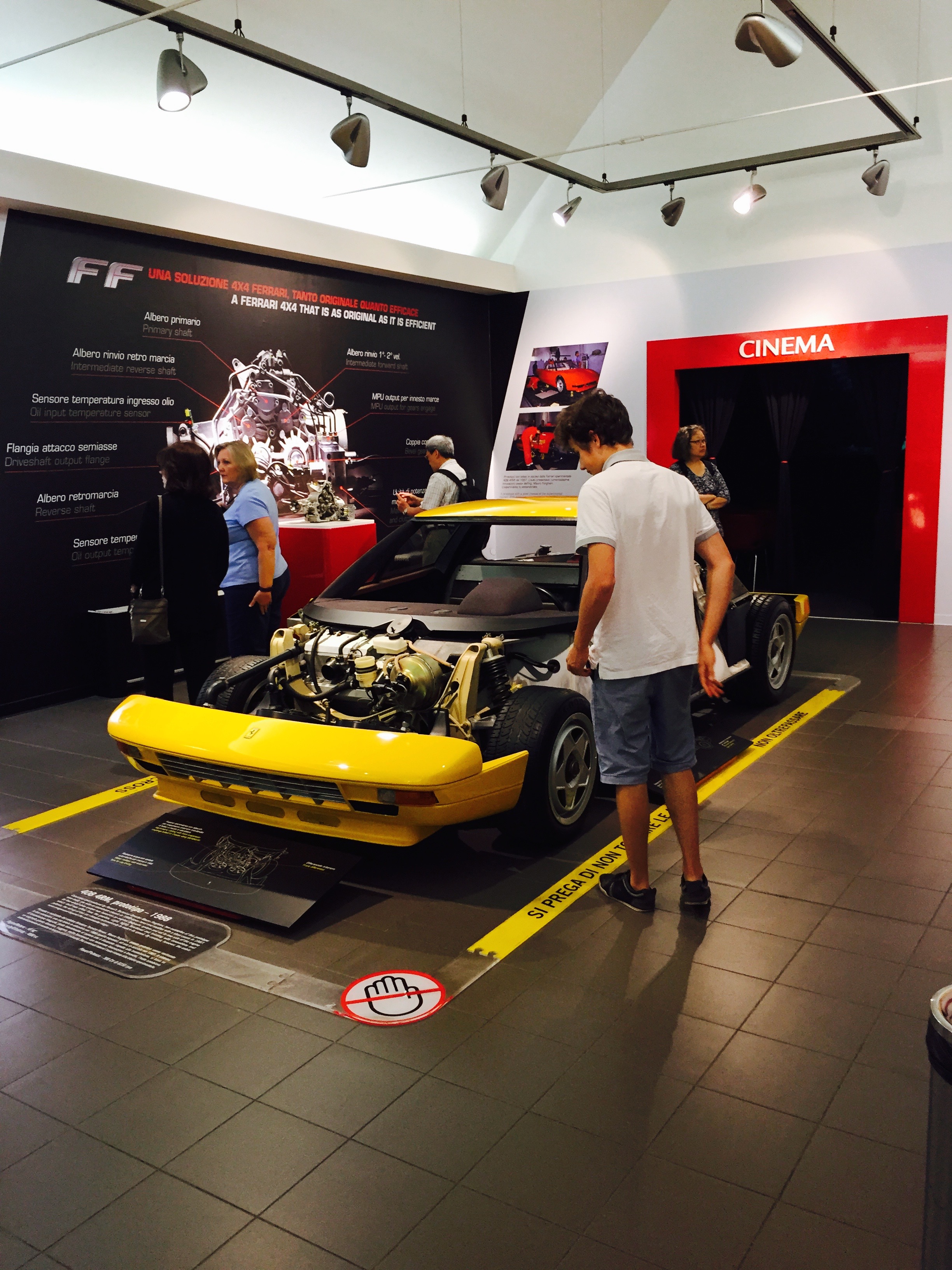 We had a pick-nick with take-out Chinese food from the nearby restaurant in the park across the street. We were excited, getting to sit near men in those orange overalls. In our bubble of excitement we felt we were sitting next to famous people. They have the right to be proud of their work.

Later we had a small meal with “pizza Margarita” in the museum restaurant. 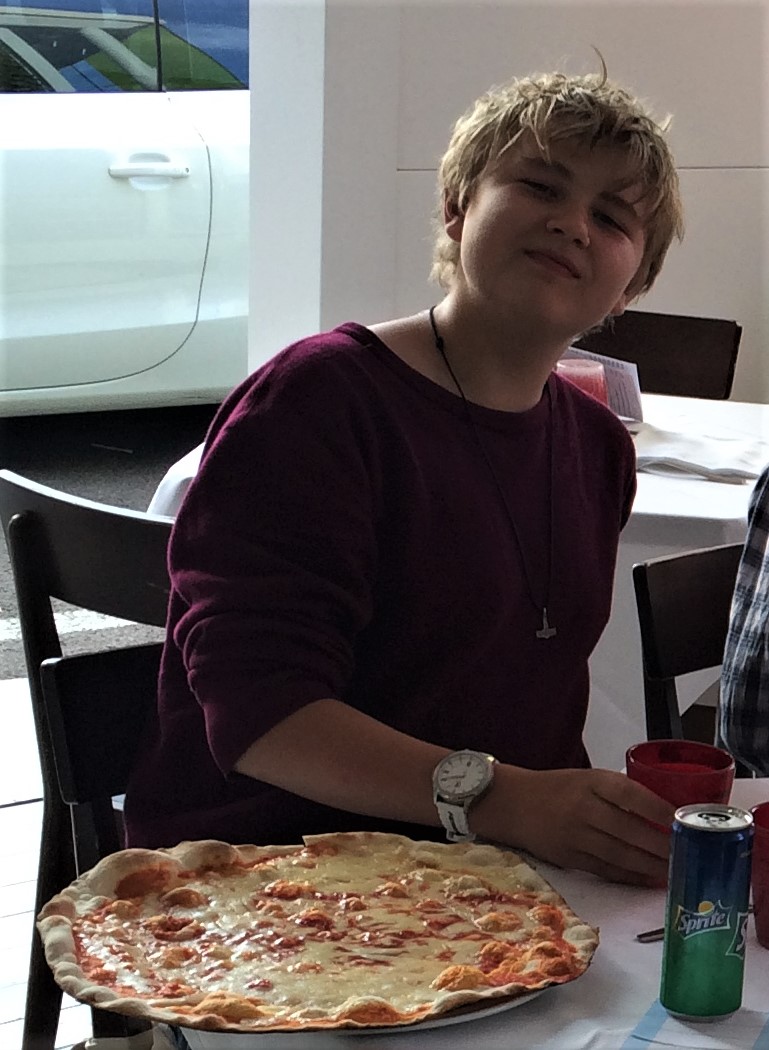 If you take an American teenager to Italy you get to eat a lot of pizza. It is familiar food that makes the youngster “feel at home”. It is also practical, and quick, and good for people in the tourist-rush to see as much as possible.

Yes, it was a museum, so there had to be a gift store and of course there were wonderful things to buy… for instance watches with the iconic horse. 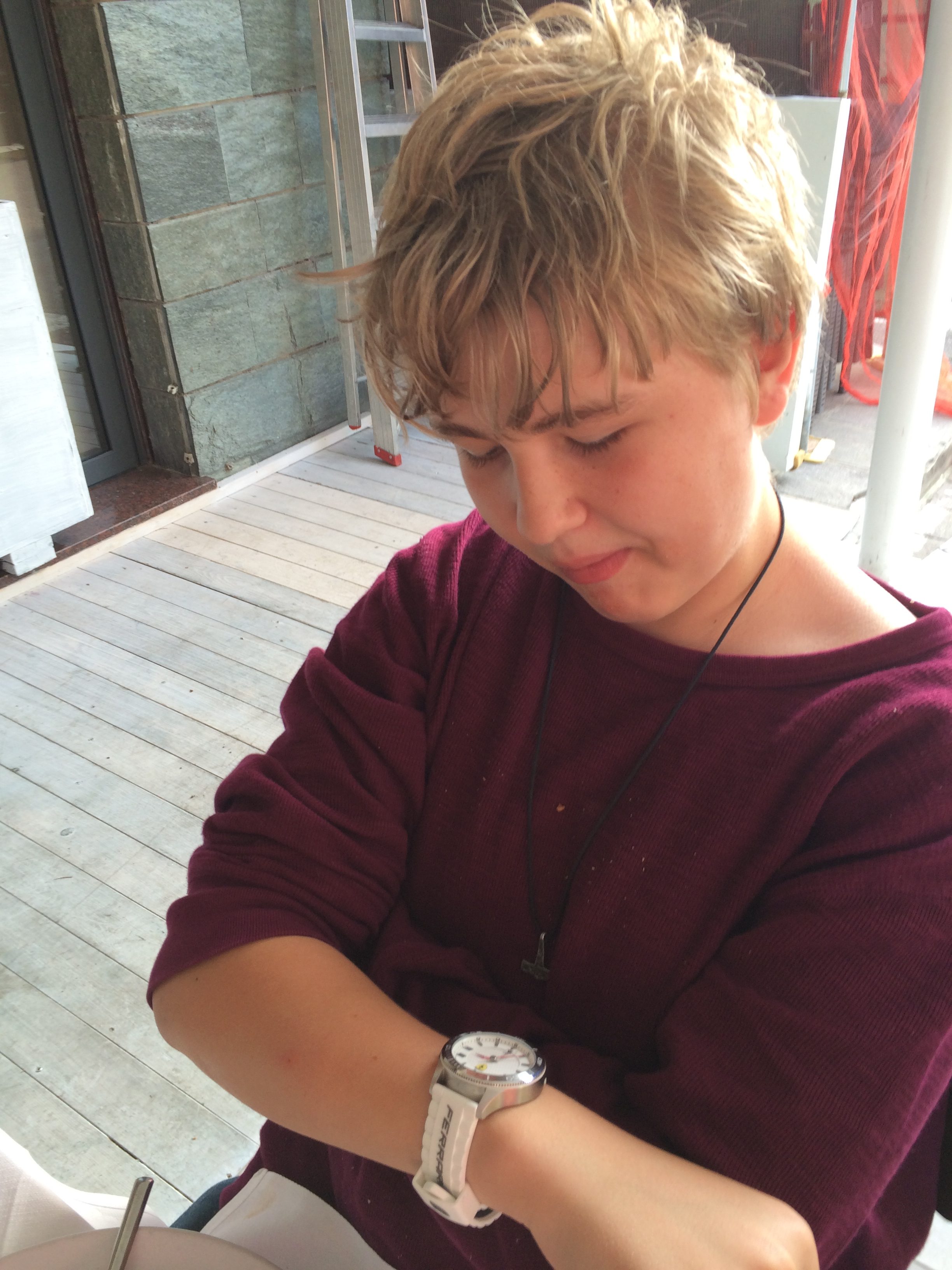 The town of Maranello has created a new museum-cum-theater or theater-cum-museum on the square by Hotel Domus. They showed post-modern videos of many beautiful Ferrari sport cars. Well worth a visit. 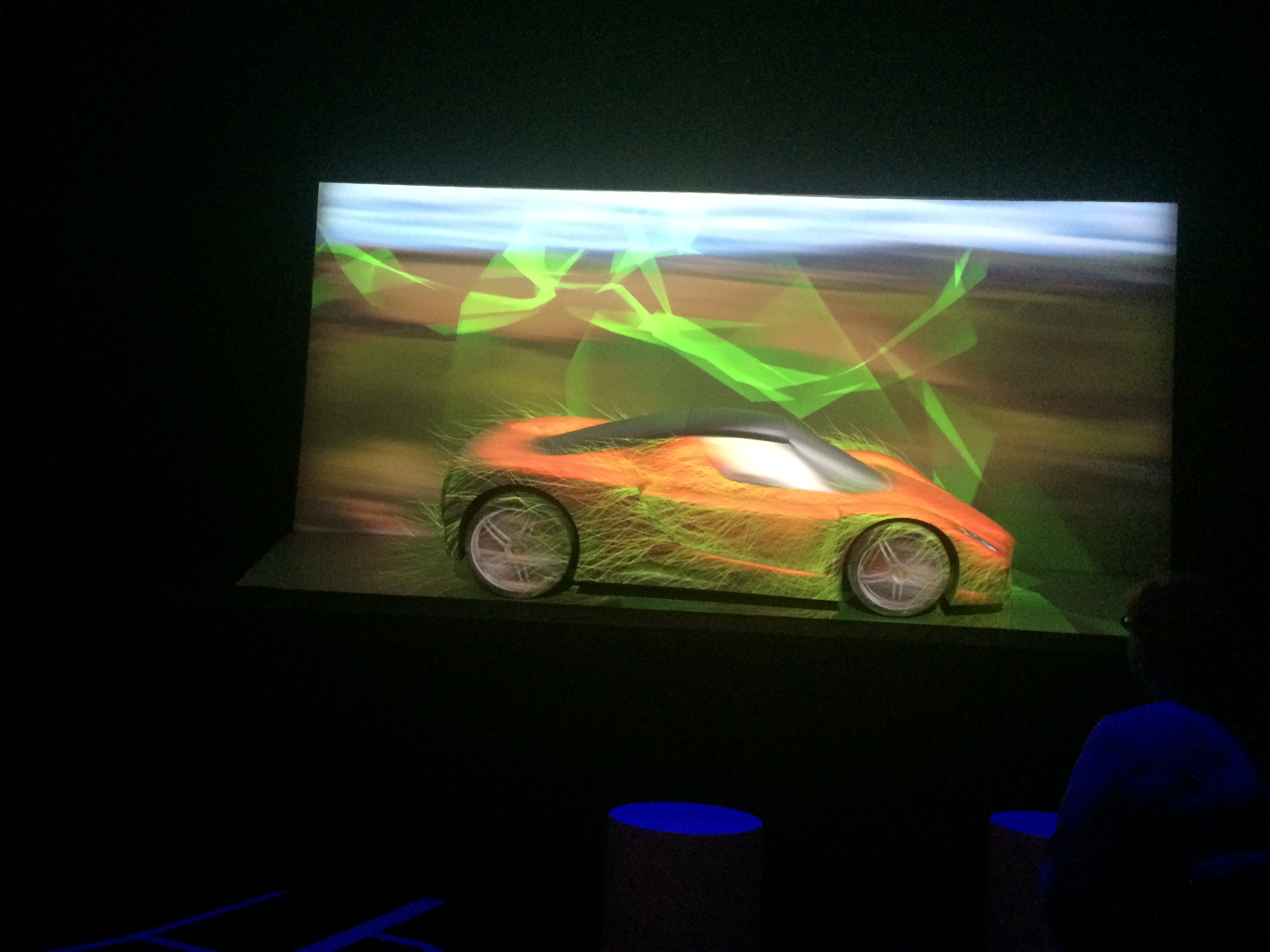 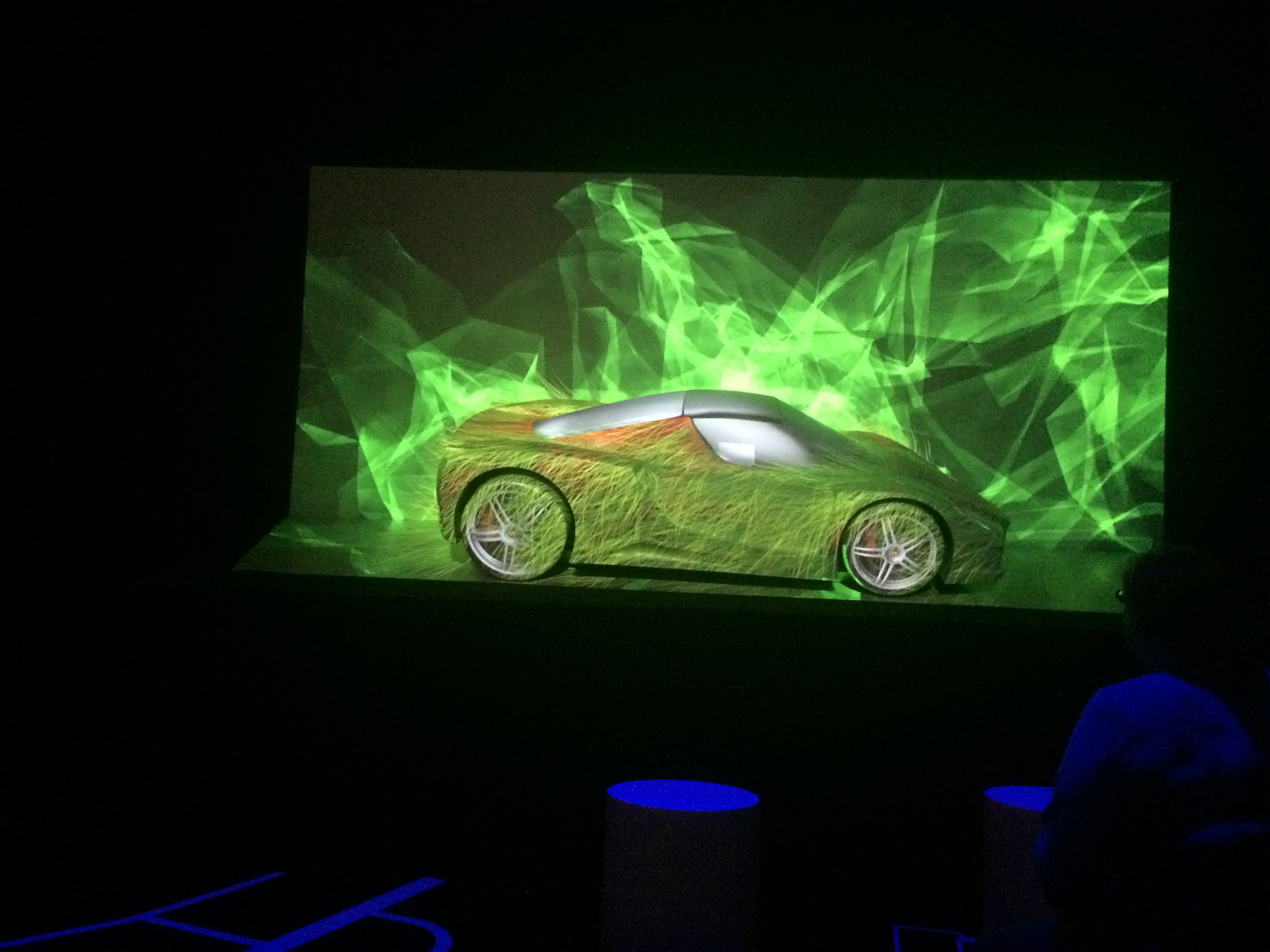 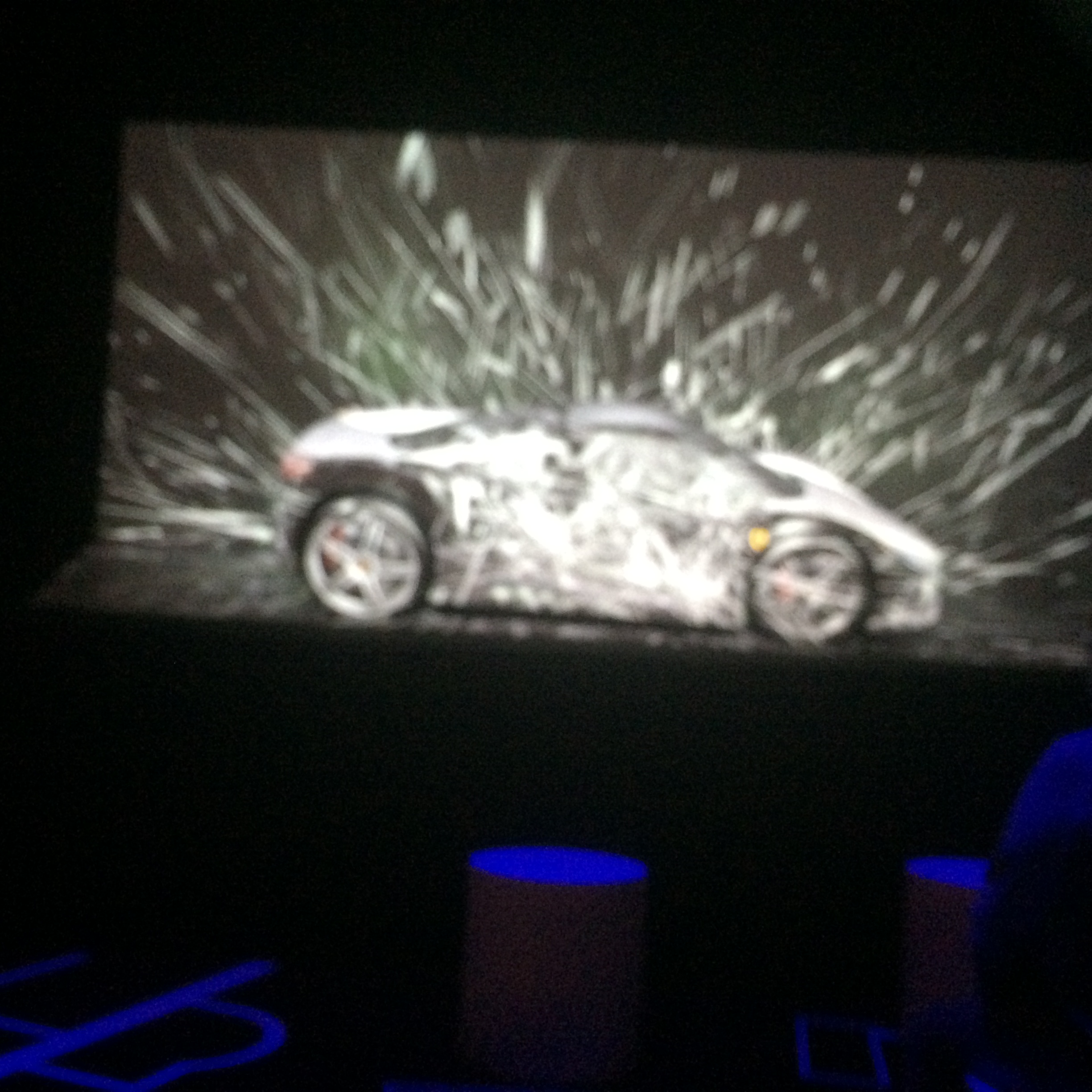 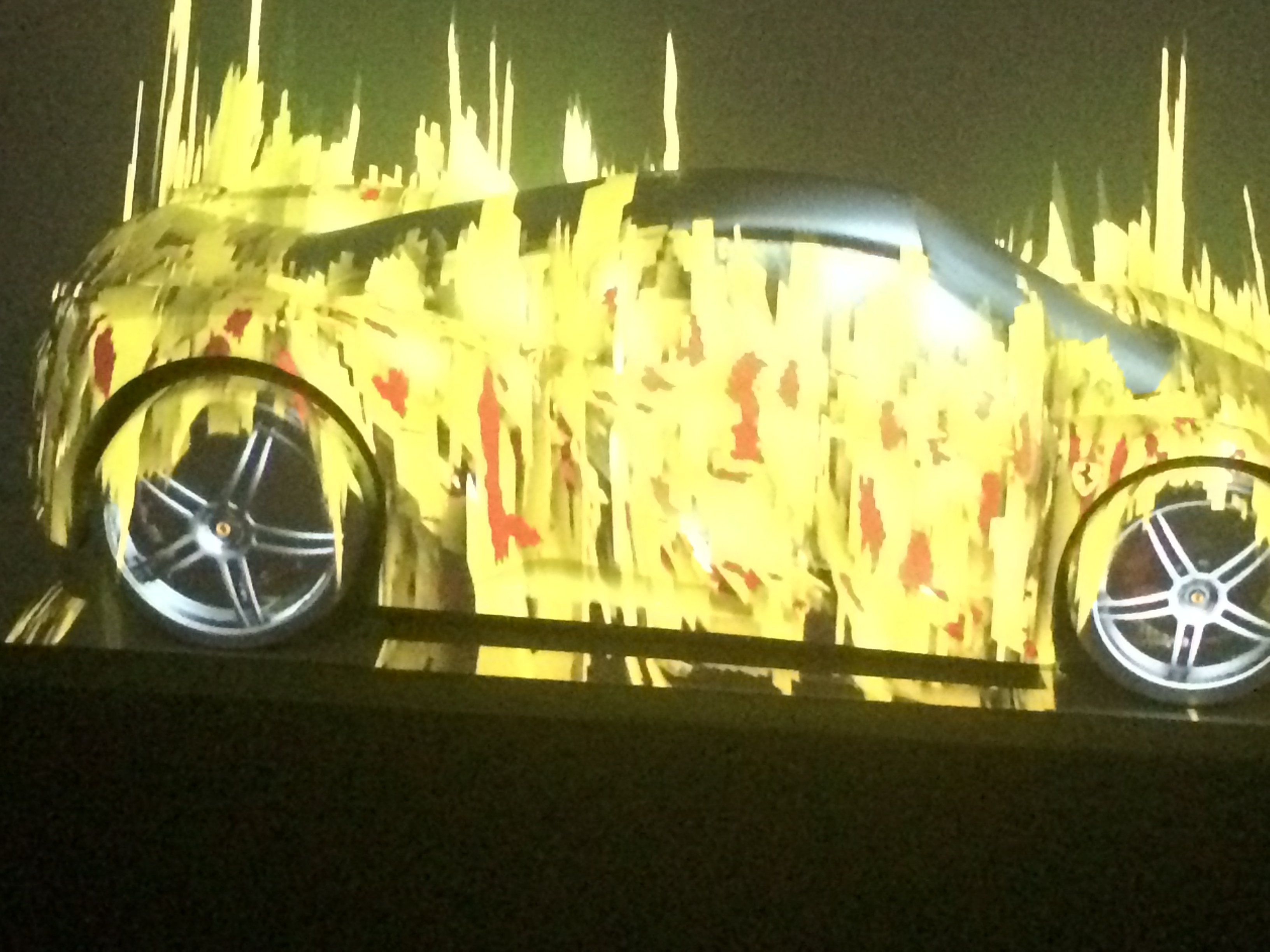 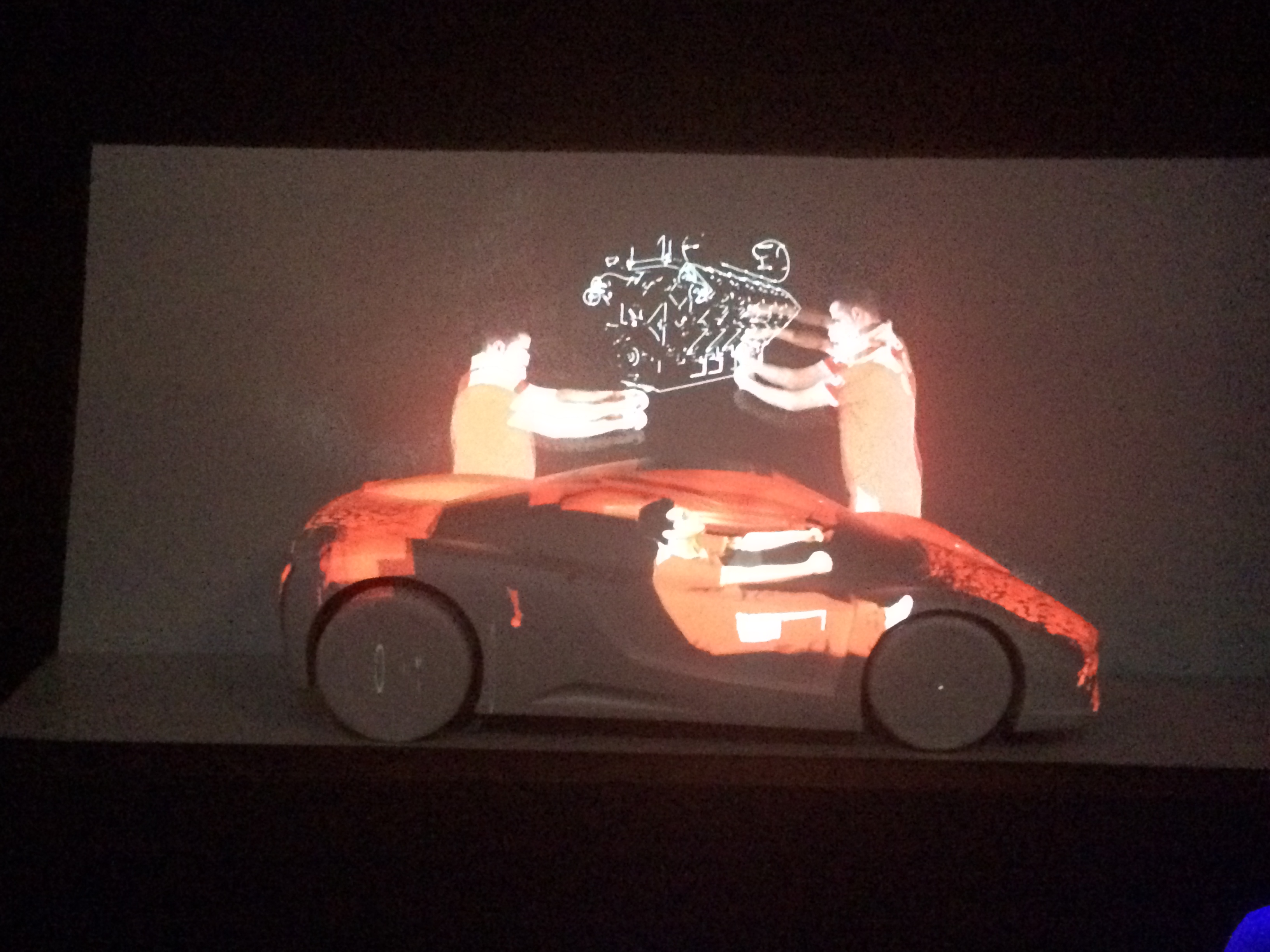 I like Google Maps. They are constantly developing information. Today they inform about restaurants (sometimes with ratings) and hotels on their maps of towns and cities. You can click on stores or cafés on Google Maps and get pictures.  On the Google Maps of Maranello click on “Maranello TOUR” and you get great pictures of the race track at Ferrari.

A post-scriptum: I mentioned that we went from train to bus in the medieval town of Modena. That is a place I would like to explore more. Look it up on the Internet. There is one very modern thing about Modena: in 2016 one of their restaurants was voted THE BEST RESTAURANT IN THE WORLD! Osteria Francescana.  Look that up also. The PBS Newshour tells us that a dinner cost 191 dollars and you could have a great dinner there, once.

Have a great day.