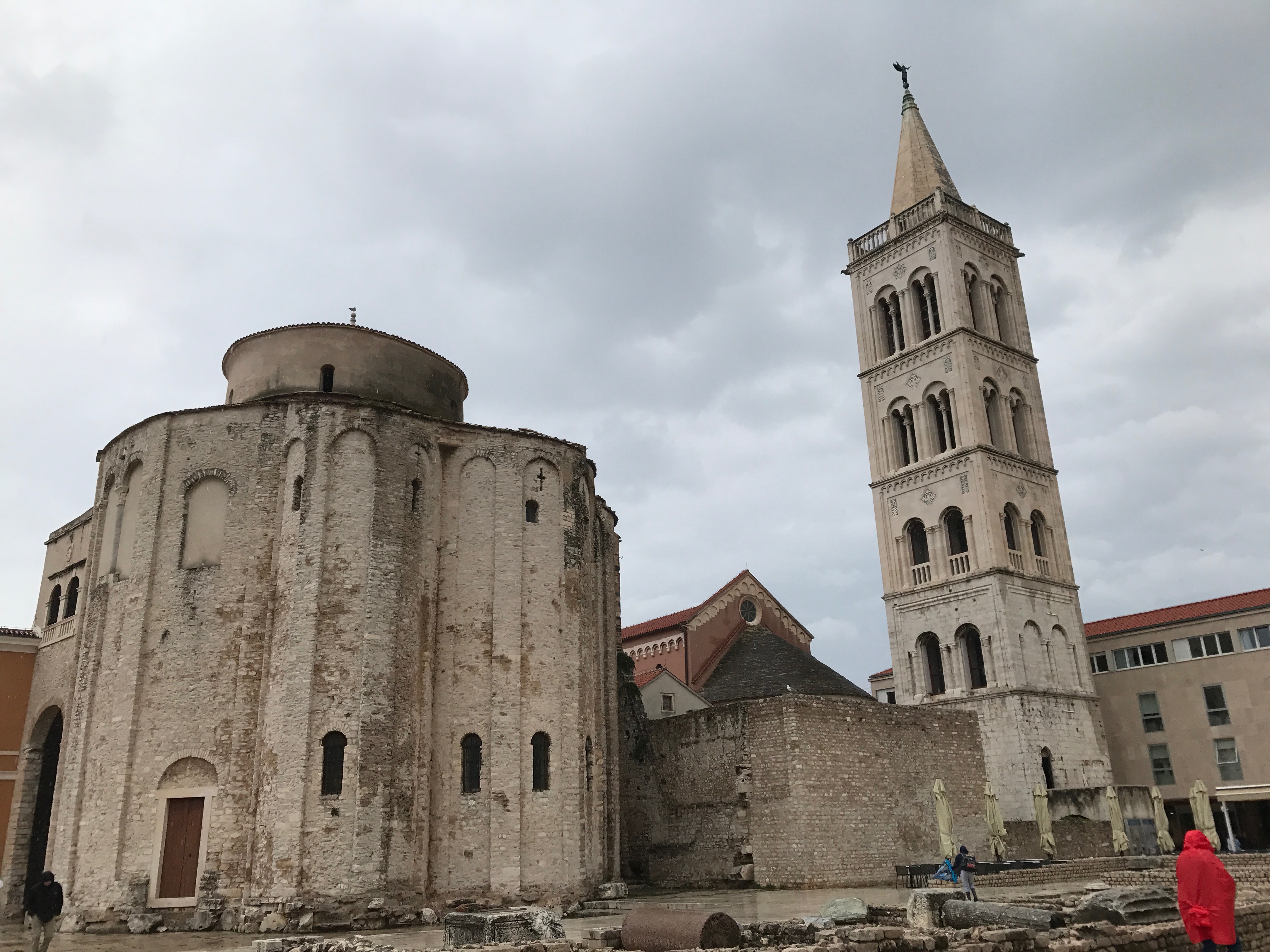 If you should be in Croatia please make an extra effort to go north to the old city of Zadar, home to the unique sounds of the Sea Organ. 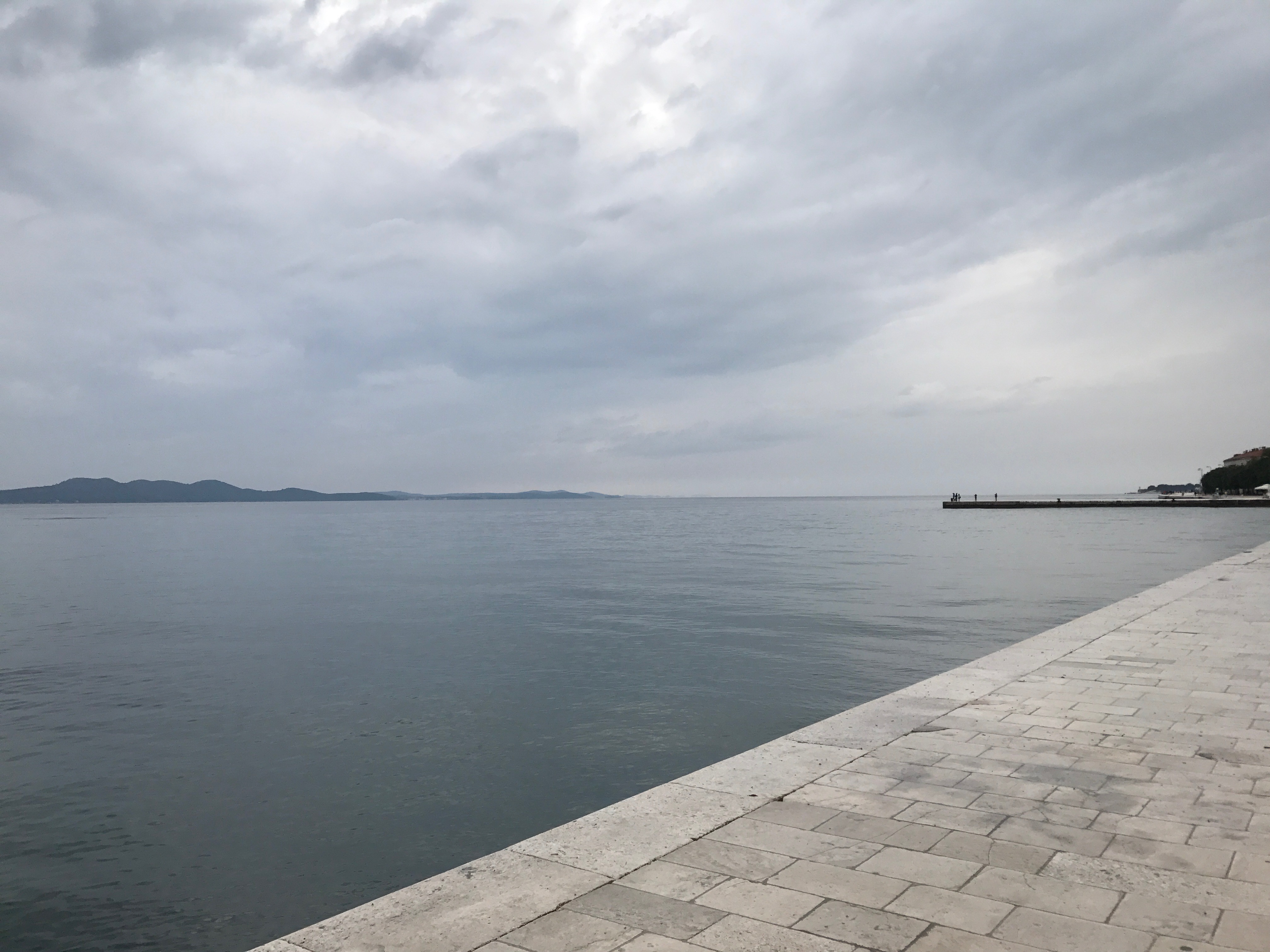 About 40 years after Alfred Hitchcock´svisit, the city of Zadar gave free hands to an architect, a genius, who transformed the whole seafront into the most serene place. His ingenious creation of a Sea Organ is one of the most peaceful and emotionally invigorating monuments I have had the fortune to visit.  And still, from the pictures here you can see that it was not even on a sunny day and even so a fabulous experience.

I had the loveliest afternoon in Zadar walking along the seafront, listening to the soothing accords coming out of the“organ”-pipes, humming along. The “organ”is70meterslong,76.5 yards or 230 feet.  There are 35 pipes in seven groups. The pipes are tuned in the same key as traditional singing by men from this geographic and ethnic region.   Chances though, that the same two accord should appear as the same “melody”isabsolutelyminimal.The tones are made by the combination of waves and the amount of air under the marble stones. The amount of air depends on the height of the waves at different times during the day. 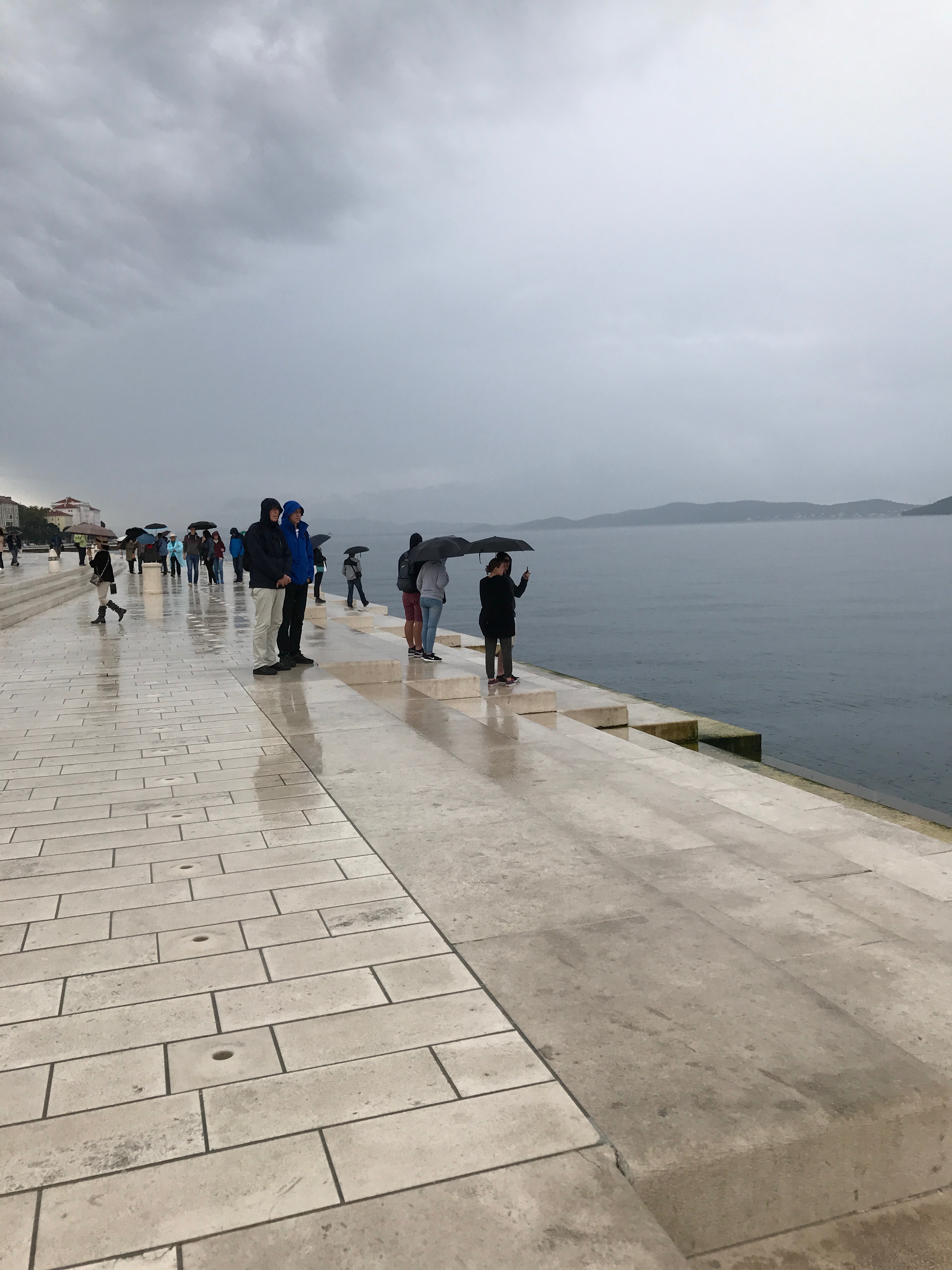 If I had several lives I would spend one of them in Zadar, and every afternoon I would go down to the park with the Sea Organ and sit for part of an hour and listen. Not necessarily at sunset. The soothing always-original-melodies would cleanse my soul. 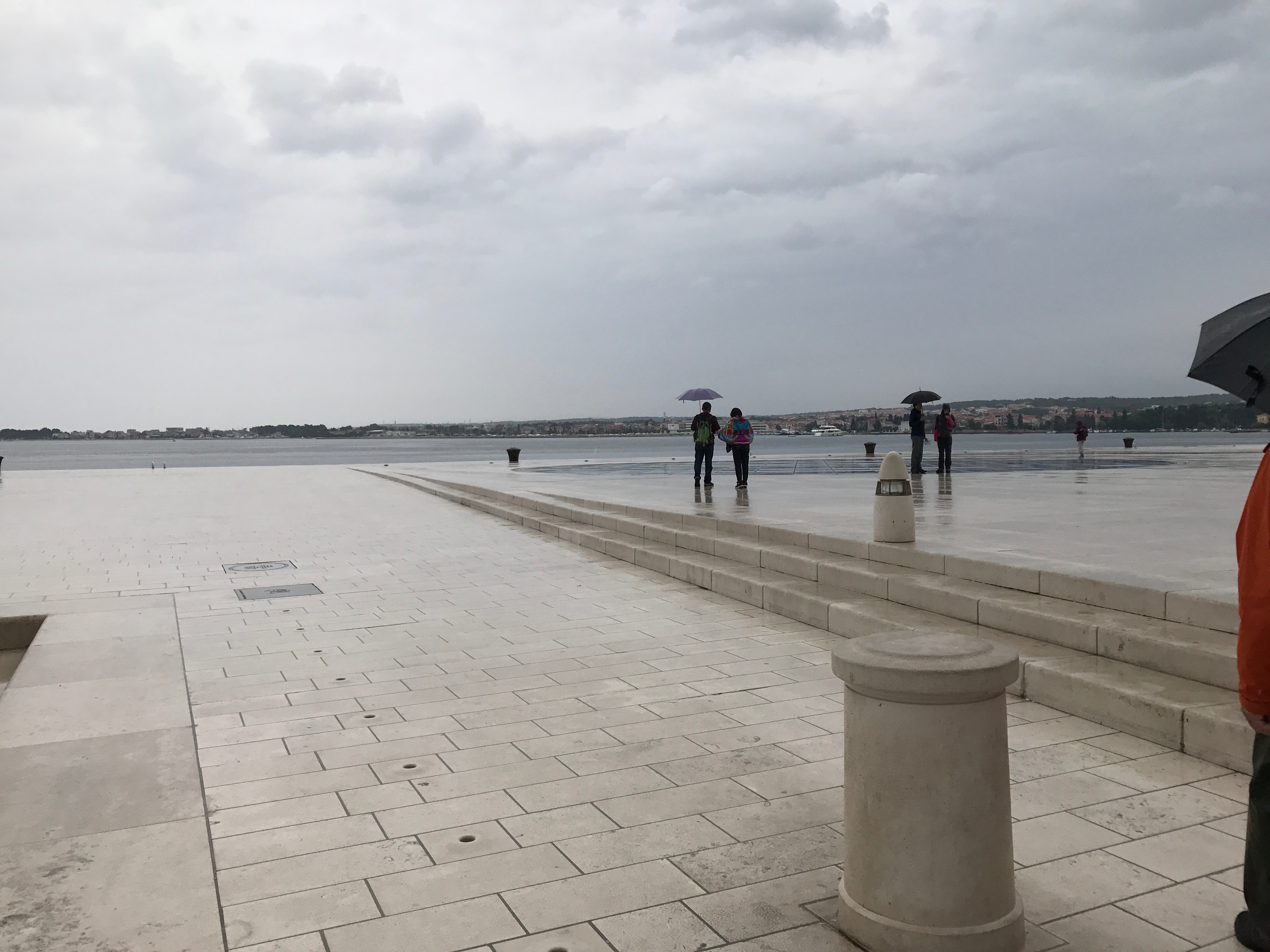 I do wish that Hitchcock could have lived to experience the tunes from the Sea Organ at one more sunset.

Zadar tourist bureau has an excellent website where you can hear the Sea Organ. By the way, Zadar is also the birthplace of Captain Georg von Trapp, famous from The Sound of Music. 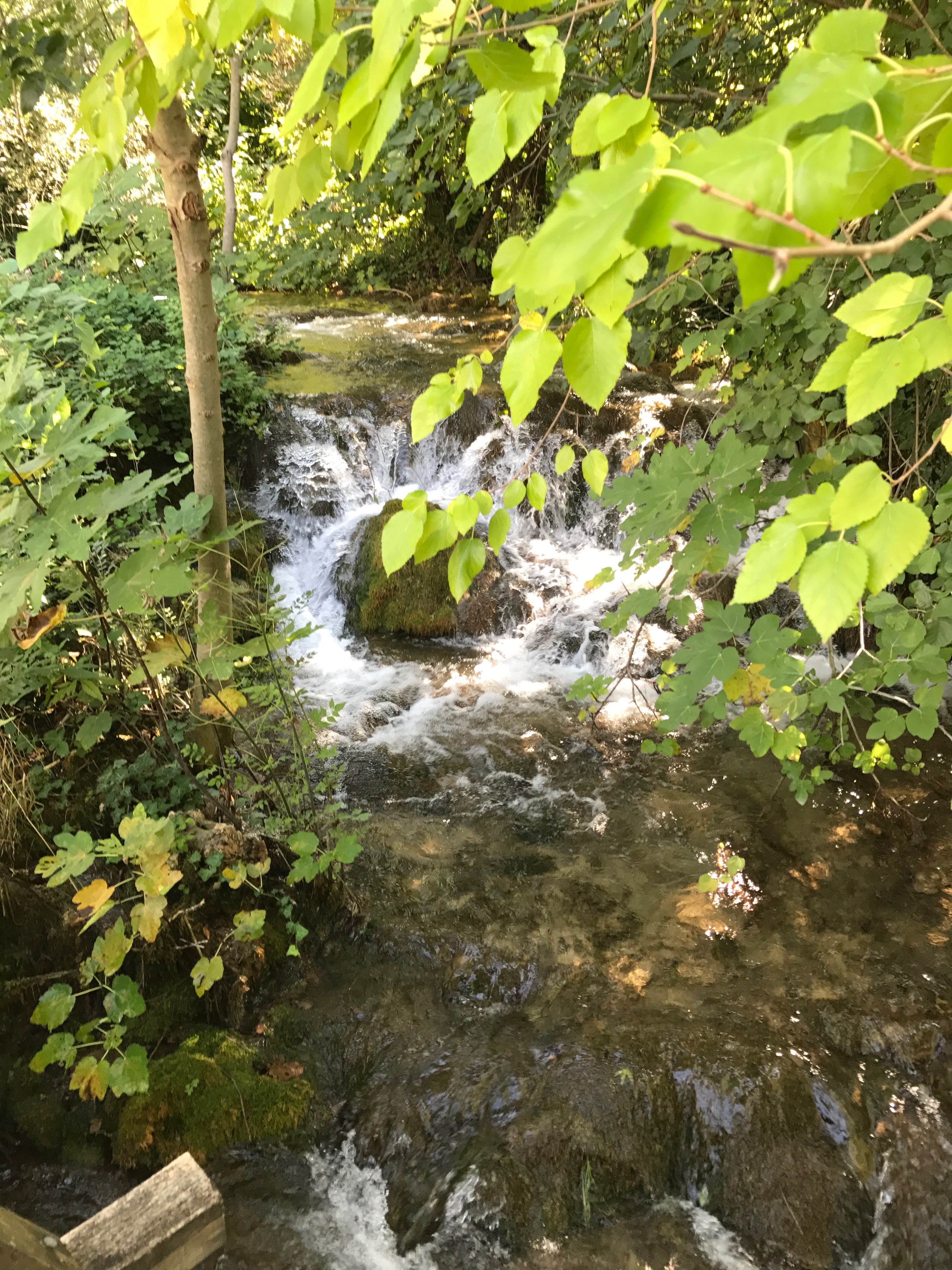 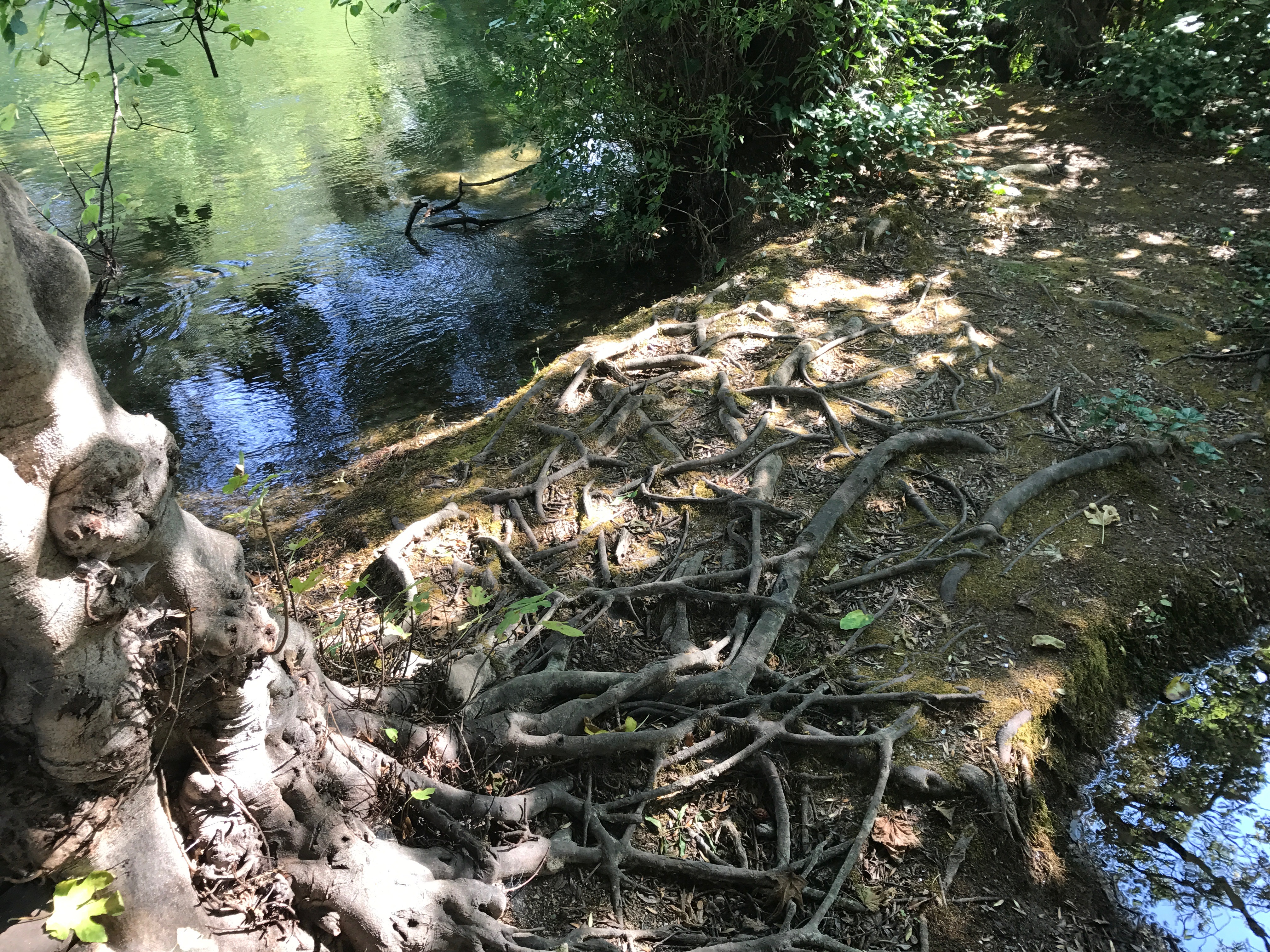 In the National Park on the Krka River, halfway between Zadar and Split in central Dalmatia, you walk in a wide area around waterfalls for two, three milesin a long circle overbridges and over small streamspassing many beautiful small waterfalls. 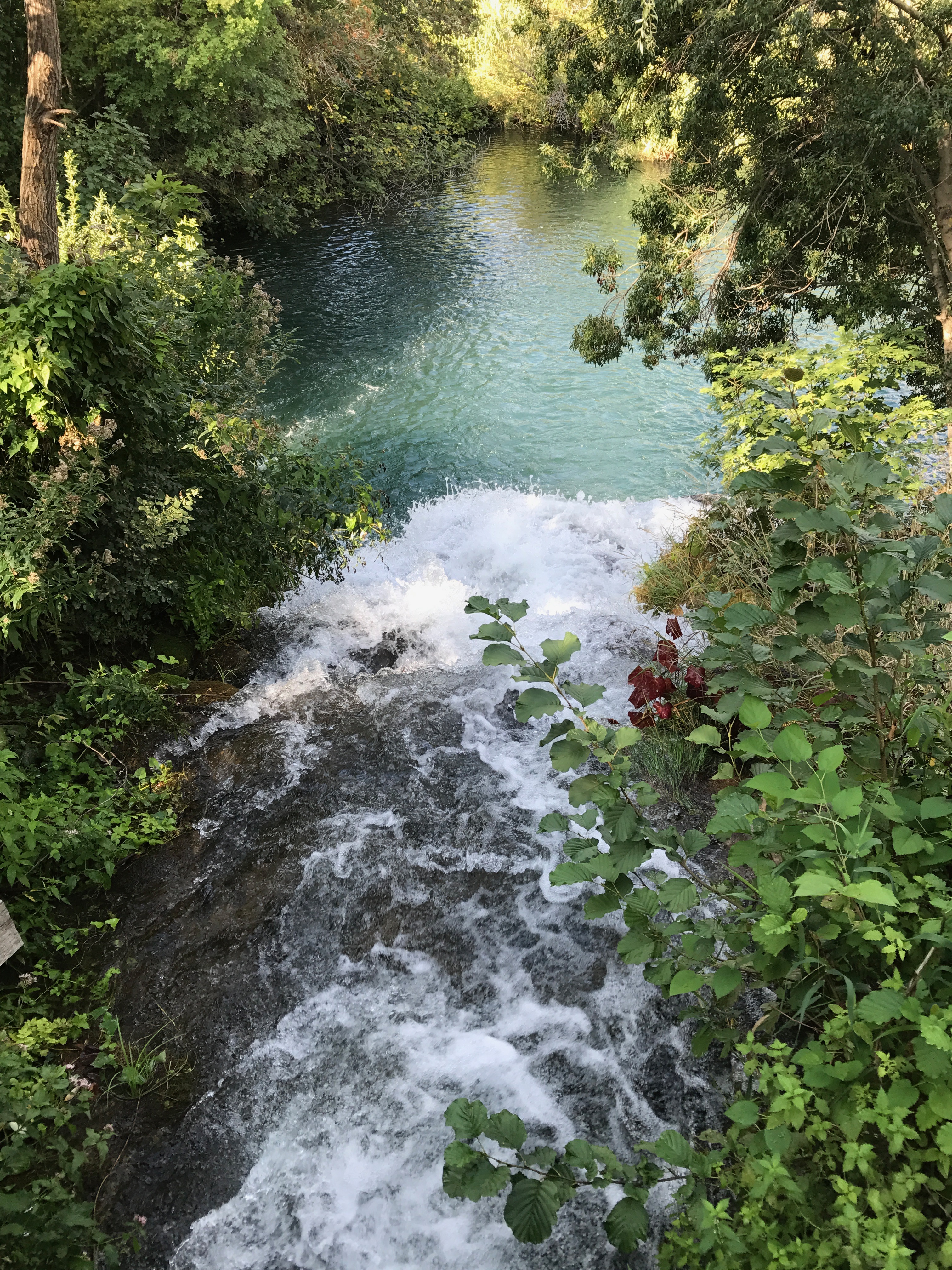 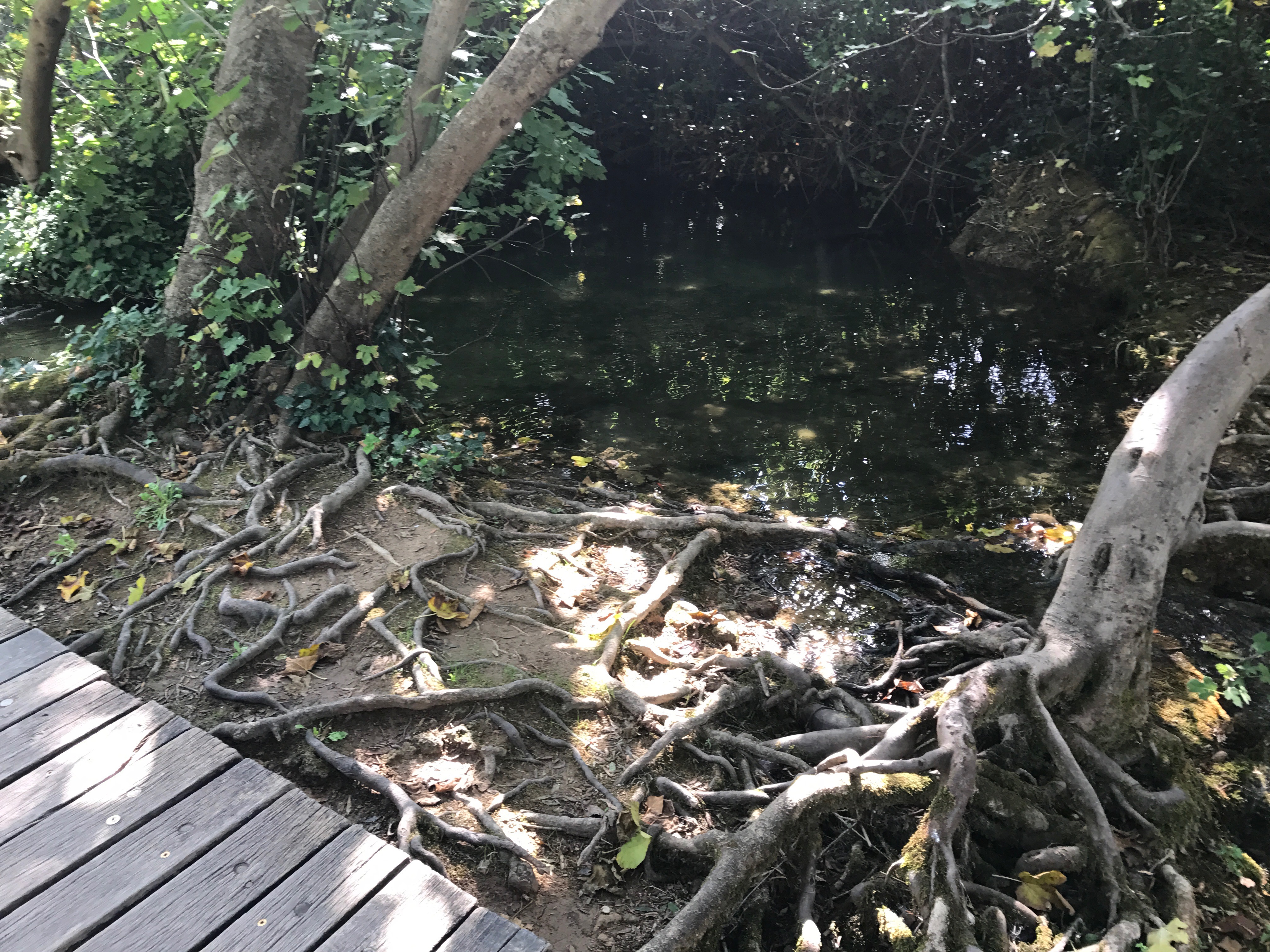 You arrive at the national park by bus or car to a large parking area above the falls. If you go straight ahead, that isyou go the circle clockwise then you reach an area of ​​terraces and restaurants on the levelwith the upper part of the fall. From there you go on wide stairs down to the plateau at the base of the fall. These stairs are comfortable and have steady rails.

The area below the fall is wonderful. People swim in the pond formed by the waterfall and there is a large outdoor restaurant. People come andstay all day long and have a great time. 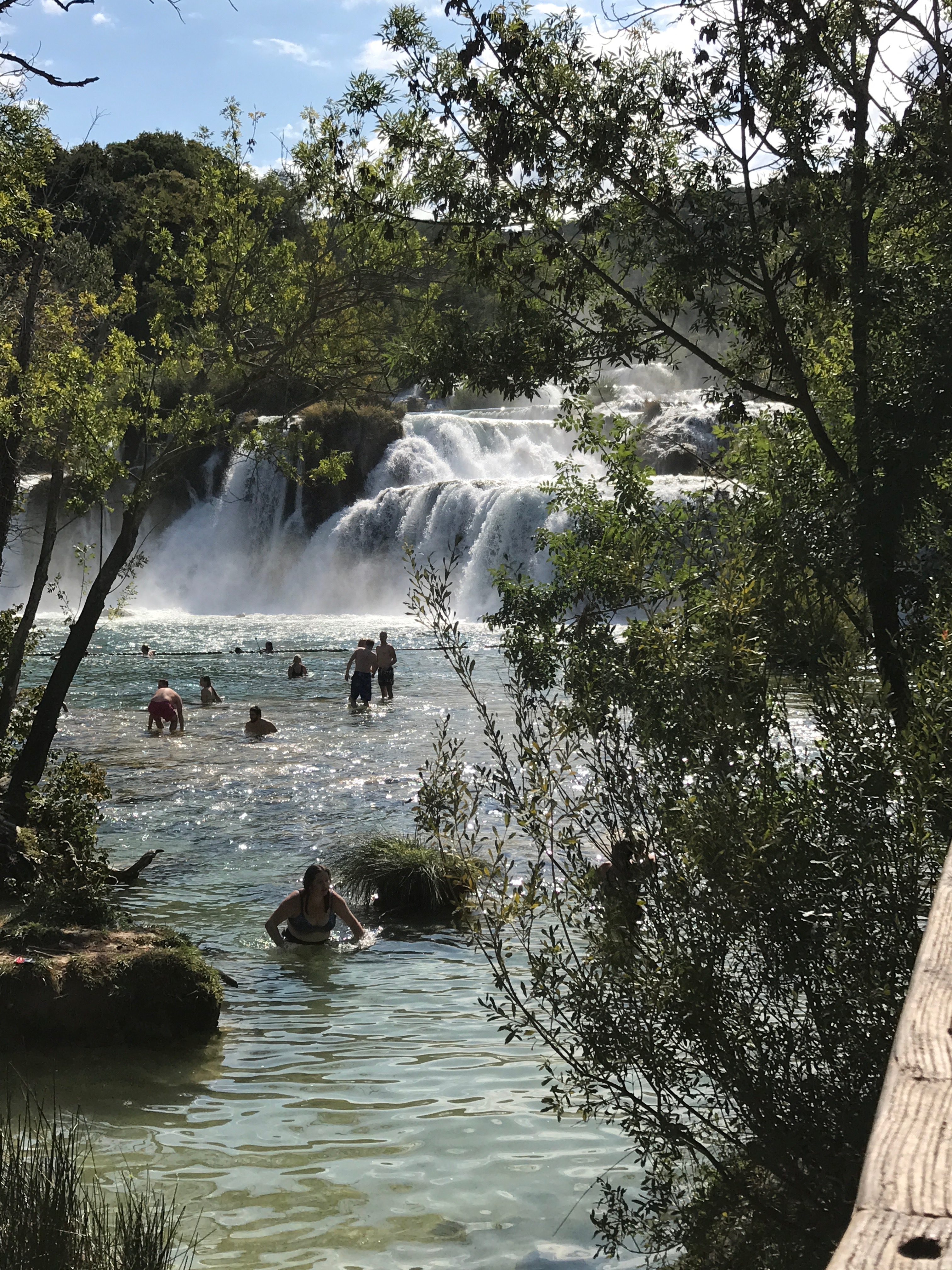 As a tourist you want to go the whole circle around the falls. So,when leaving the area below the fall, you must walk a very long staircase. It’s OK because there’s a railing on the right handside (there is no railing on the other side). I recommend going in a clockwise direction if you want to go up and not down the long staircase. It may seem a very small detail, and for young peopleit does not matter but for older people it may feel in theknees to go downwards. At the parking lot, it is easy to go to the right over the charmingsmall bridges which takes you counter-clockwise and up the long staircase. So it is important toknow which direction will be easiest for you when you come toKrka National Park. 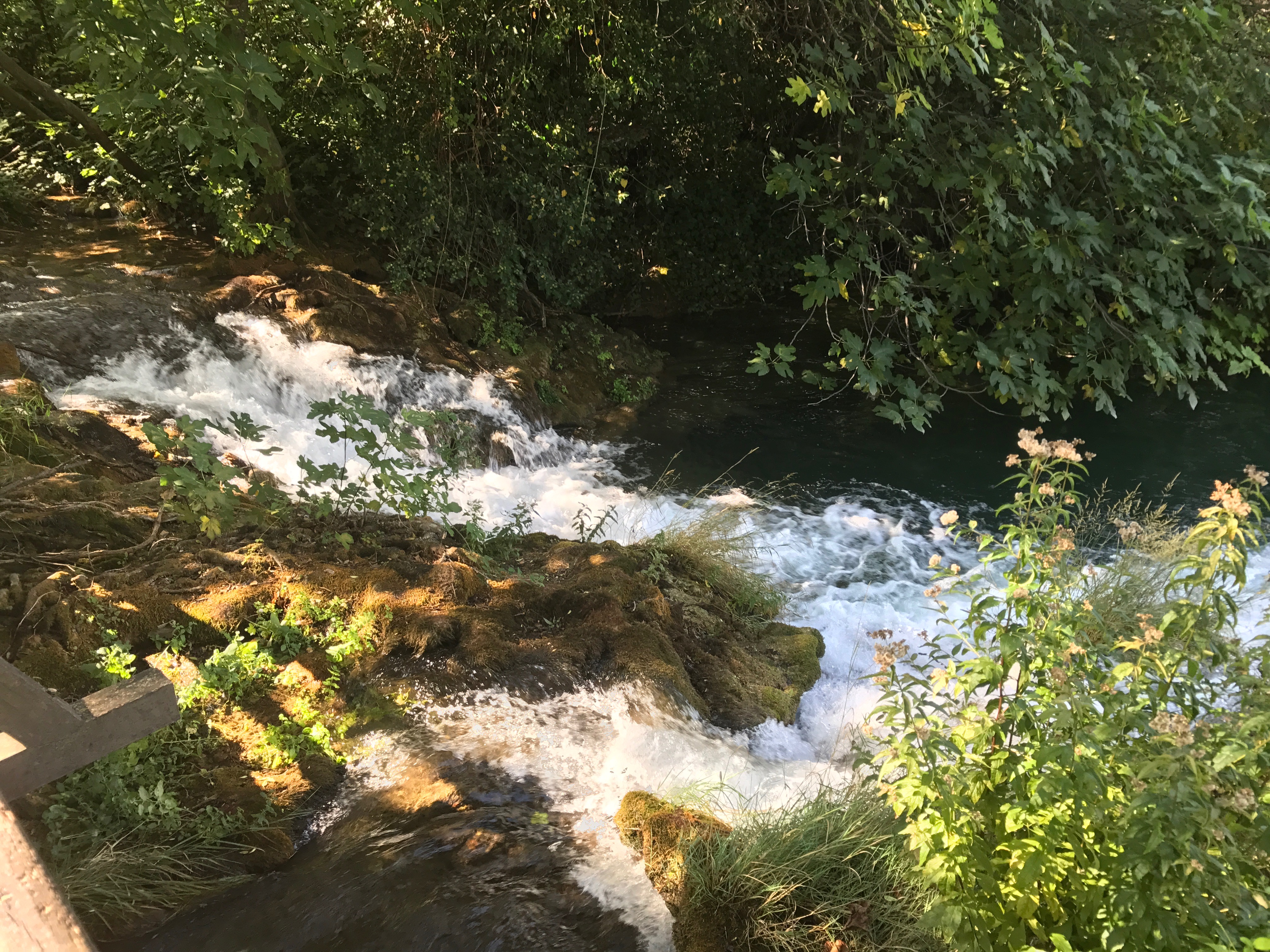 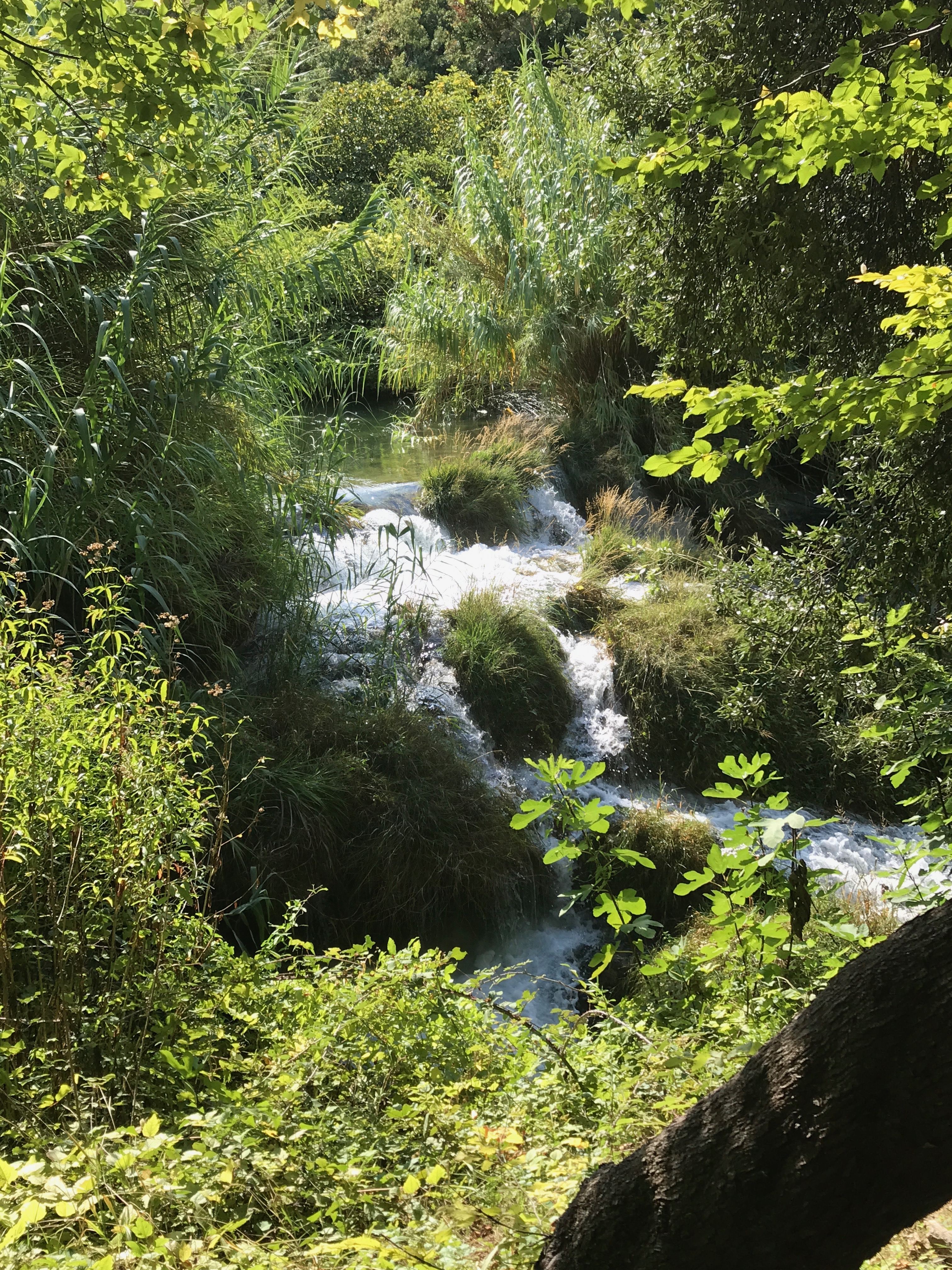 I wish everyone a happy Fourth of July, 2018

Croatia is an extremely beautiful country.  It has a very long, rocky, coastline with islands along the Adriatic Sea and we all know how coastlines with islands sooth our aesthetic souls.

The only thing Croatia and the other Balkan states need are tourists. These countries are restored to comfort again after the horrible Yugoslav Wars, 1991 to 2001. There are beautiful items, locally produced, to bring home as souvenirs. What did I buy on my bus-charter trip in 2017? I picked up a couple of fun things at the Antique market in Split, but what I really was happy about was a very special wine, a business concept. The wine is stored for two years in underwater grottos in the Adriatic Sea.

Look on the Internet under Croatia, wine, stored underwater in grottos and you will be inspired to take boat tours out to these grottos for a swim.

This wine was hard to find in any store, but I had read about it in a travel magazine and I kept trying. There is a very good liquor store outside the northeast corner of the Palace in Split and they ought to have that wine.  Well, they did not.  Finally, I found the wine in a gift store in a cheese factory on the island of Pag in the northern part of CroatiaIt is the most expensive wine I have bought; a little above 100 dollars for this bottle.  It was delivered, carefully packed in a wooden box, like a small crate. 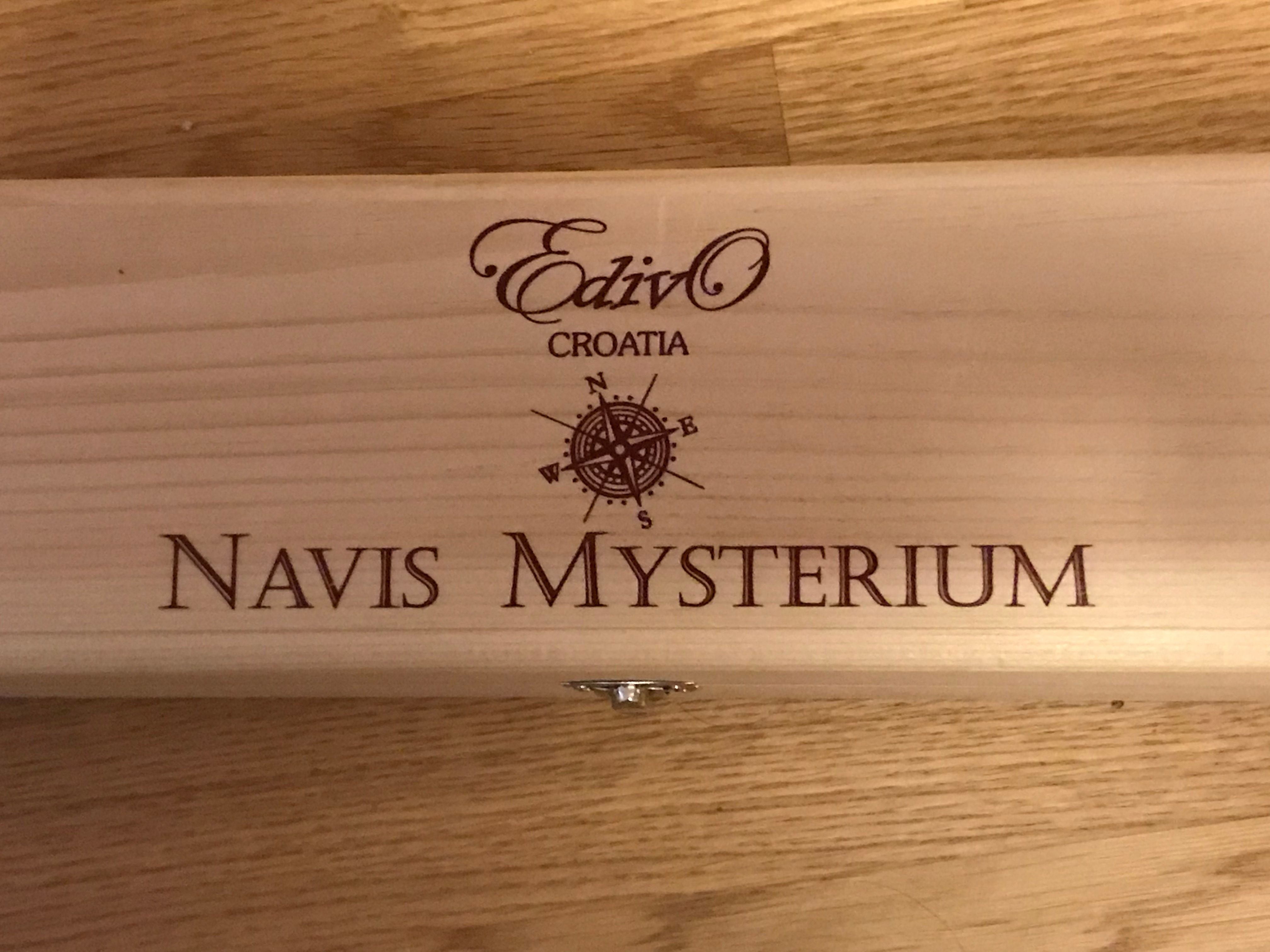 It was a fabulous wine. We had a family (We are a small family) reunion and celebrated with this wine.  That dinner was an event. 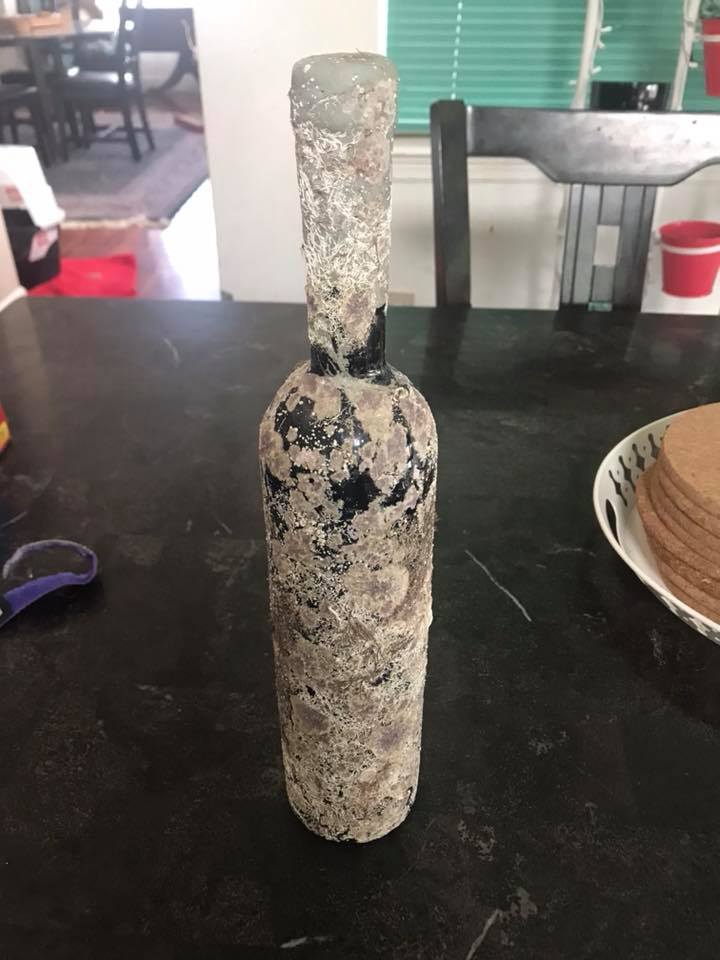