I like to go on a regular road or regular train. Then at least I get tosee people,living in the area.

Along the river Rhine you gobyboat instead of a bus. It is very practical. The old reputable company KD Köln-Düsseldorf… KD Deutsche Rheinschiffahrt AG is extremely practical and in my opinion a very convenient way to travel along the Rhine. I have had reasonsto travel between Cologne and Frankfurt a few times, but of course, boats go north and south from those places along almost the entire Rhine. 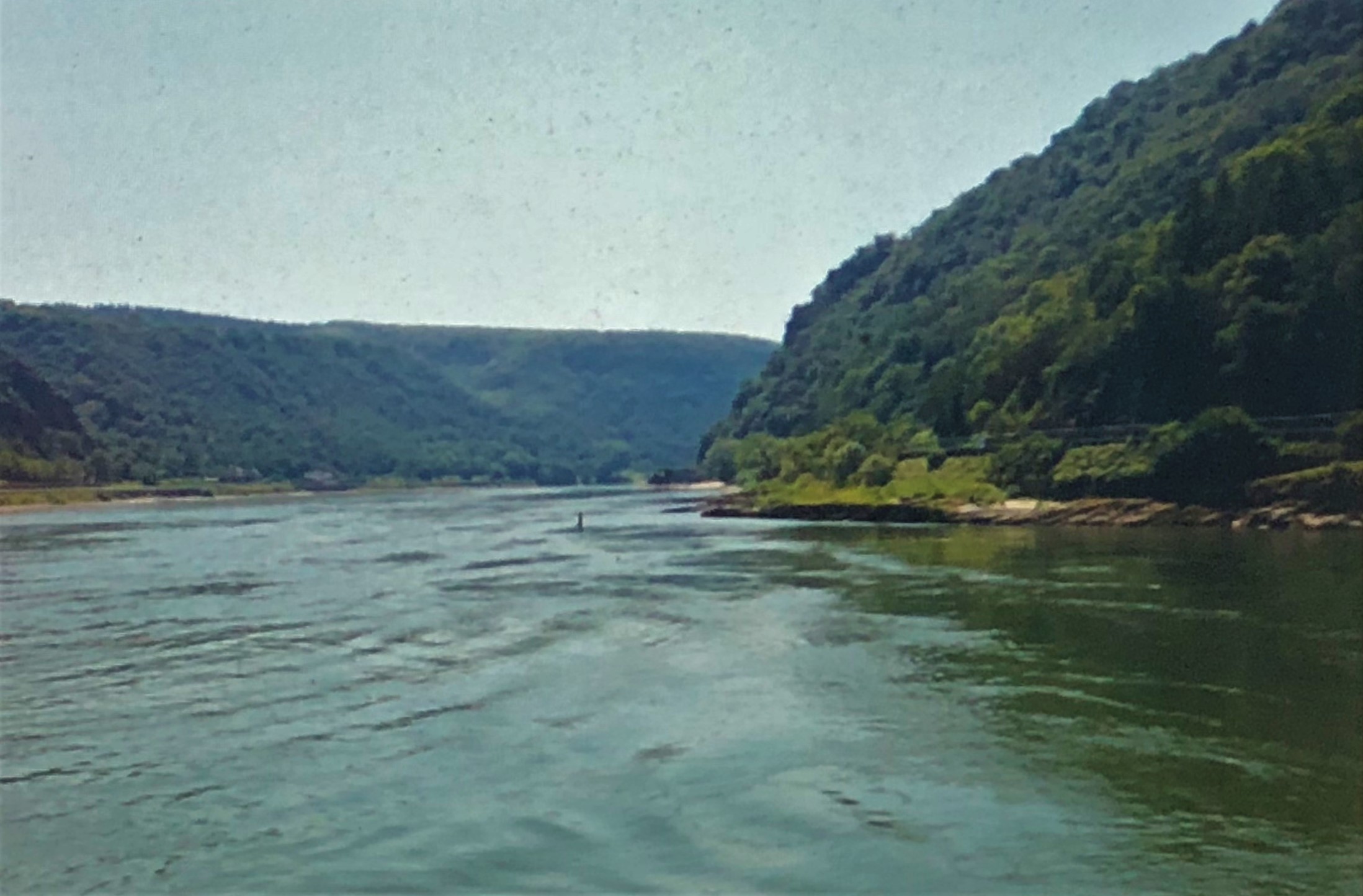 In Cologne you have totake a taxi to the dock, which is hard to find otherwise. Make sure you get the right boat. The boats serve as regular country buses: you buy the ticket before boarding, either in a kiosk at the dock or in a shop across the street in thesmall towns. I believe you can also buy the ticket onboard. Everything is low-key and very practical and pleasant. 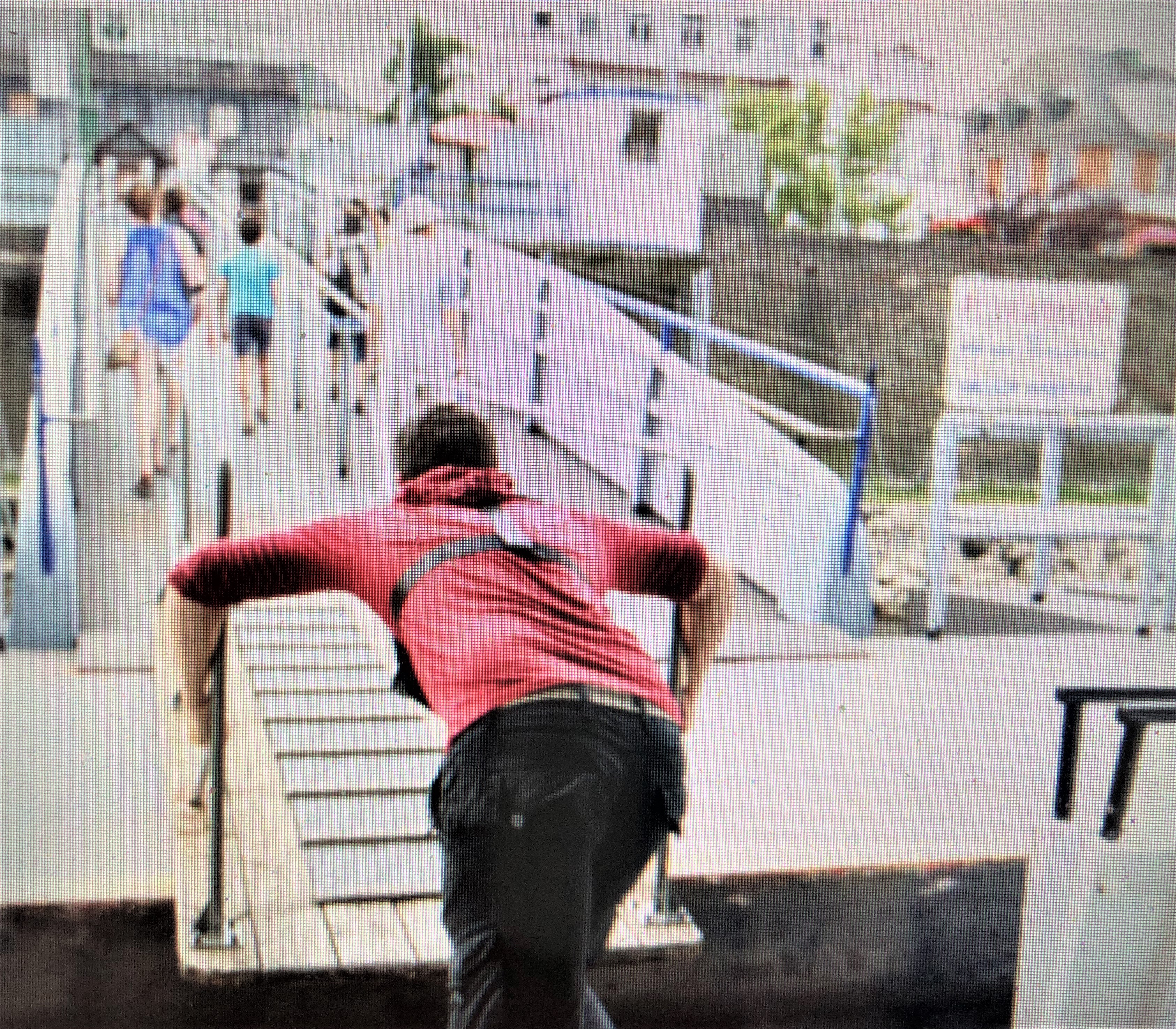 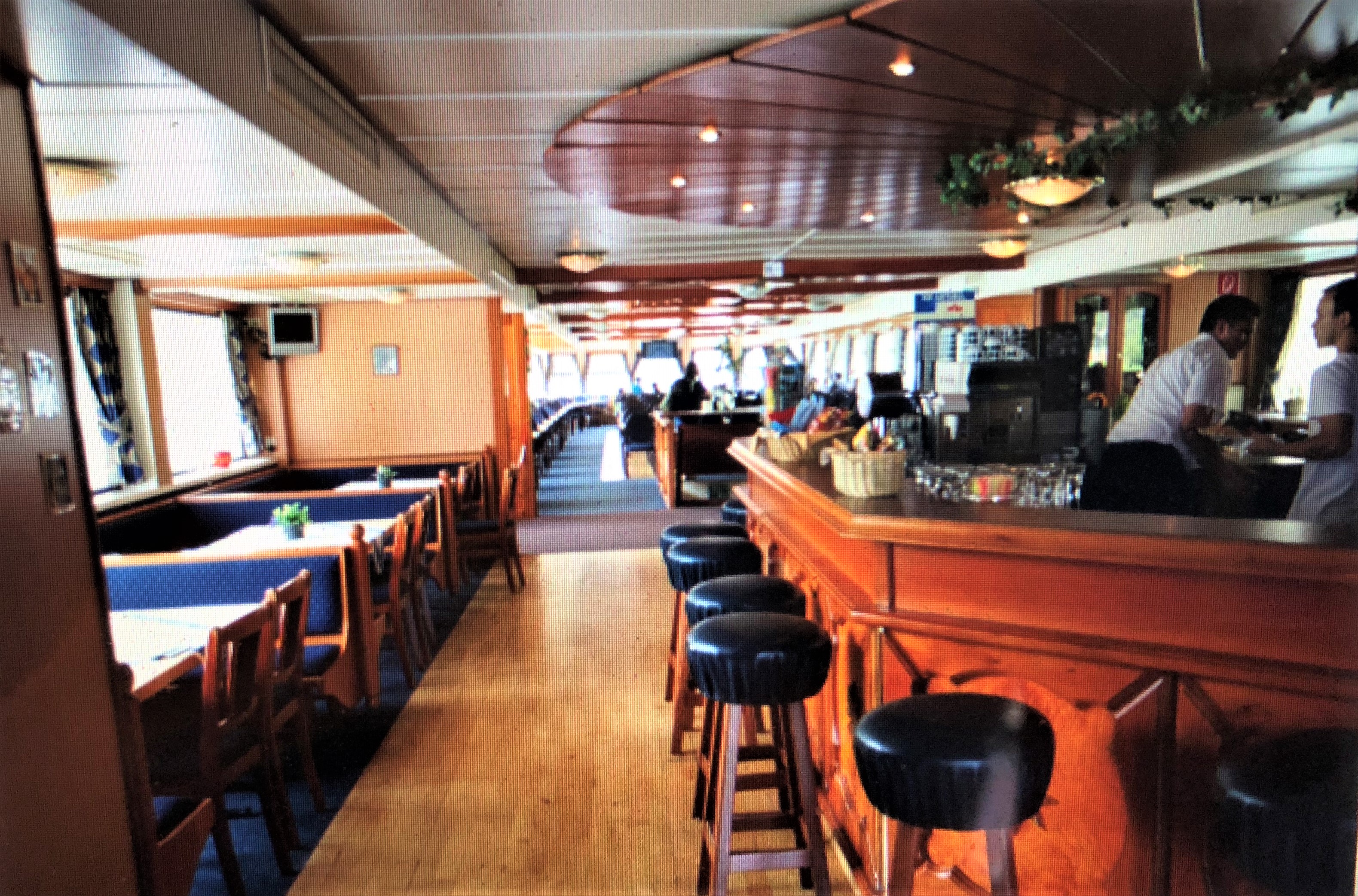 When you boardthe boat, you take a place in the restaurant—hopefully at a window—and you will keep itduring your entire trip. If you want to get up on deckyou can markyour placewith a book or a jacket. During the day, you order breakfast, lunch, and dinner and your waiter will take care of you. They will serve you coffee or wineor whatever you want at any time. 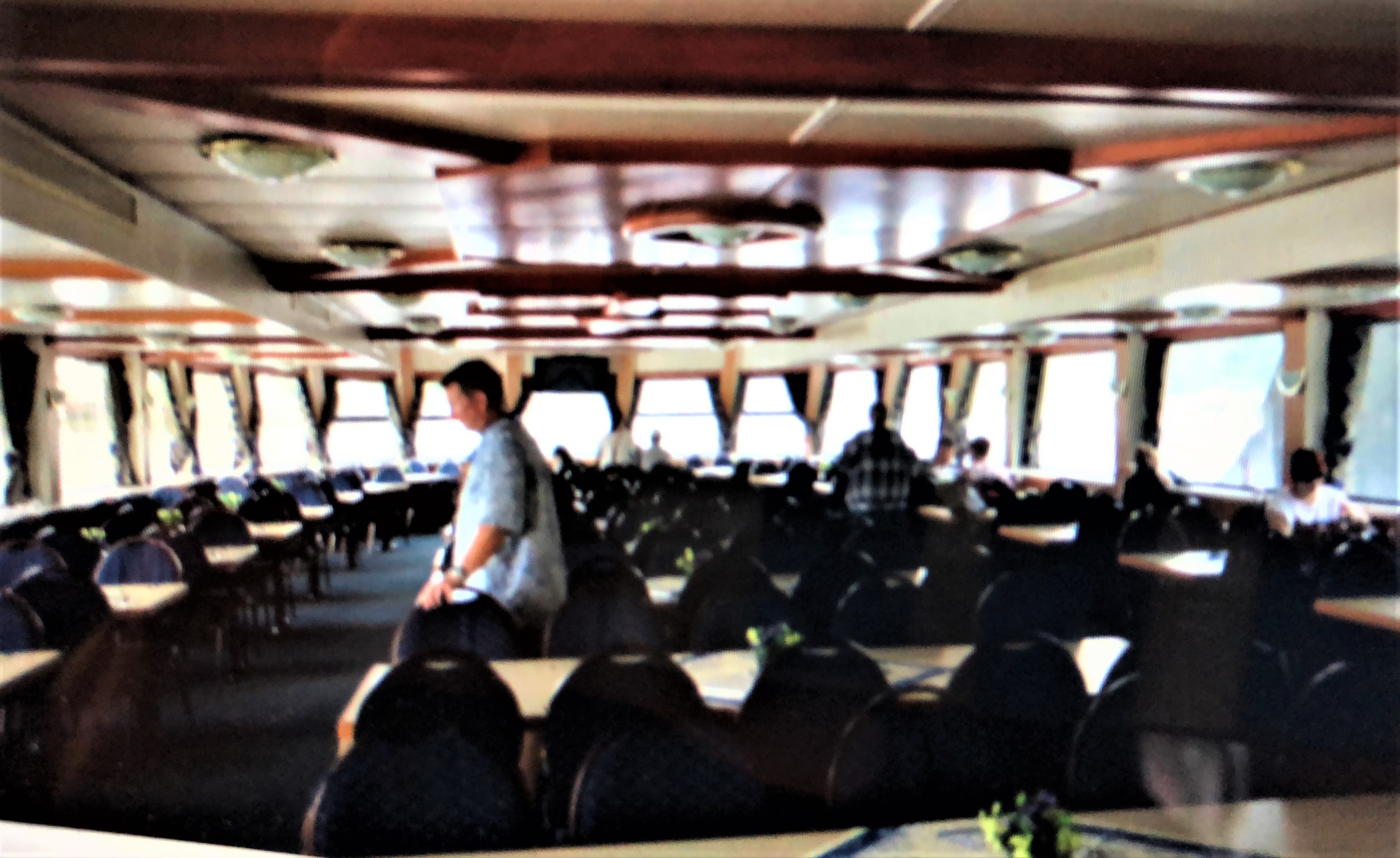 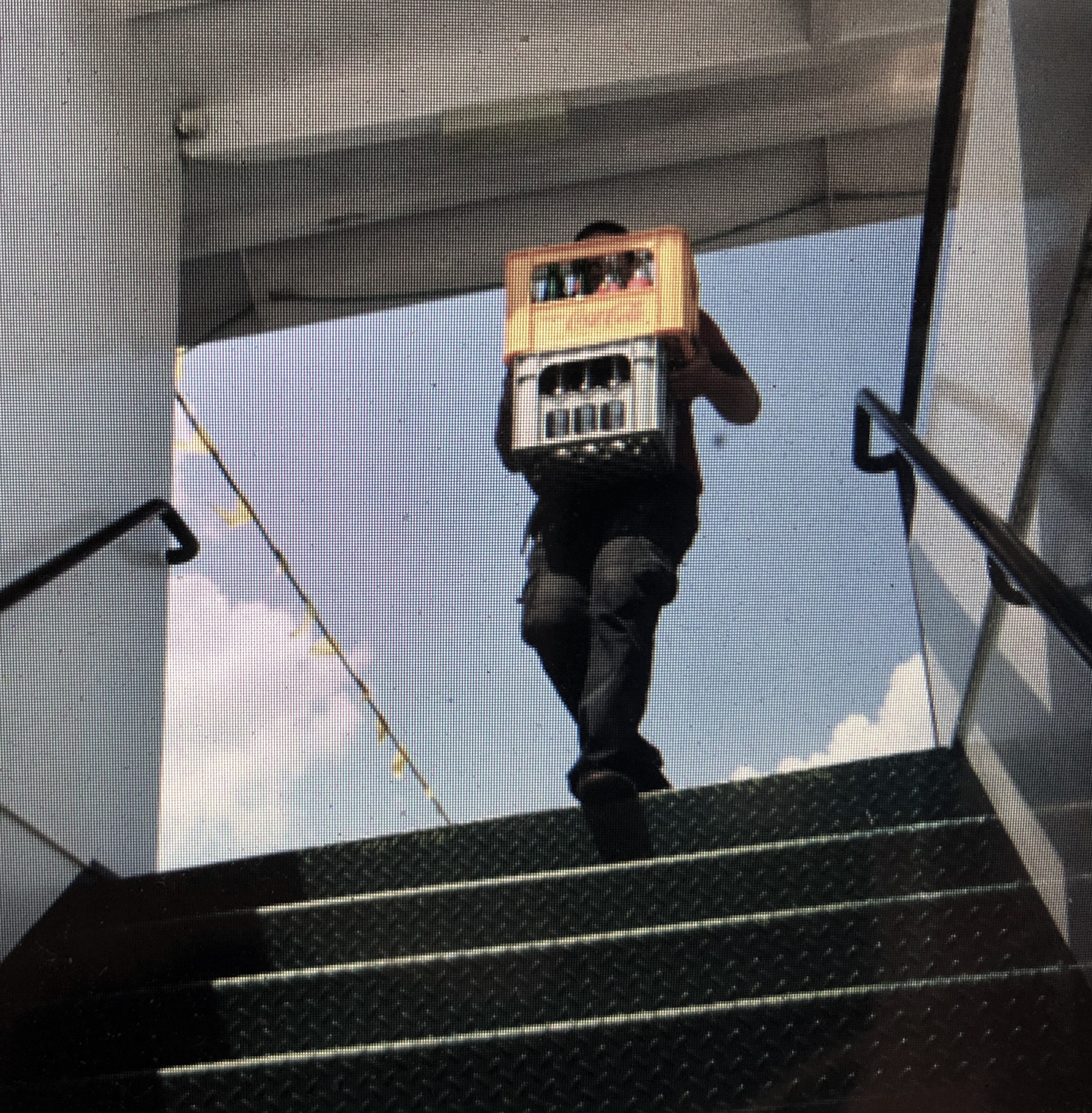 Once I was first on board and grabbed the small table for two peopleat the front, almost above the bow. I had the most amazing view you could imagine. When the boat left, I discovered that I was blocking part of the view for the rest of the passengers, so I moved back to anotherwindow table and everyone was grateful. Nobody took my first table.

Once I started in Cologne quite late in the afternoon and could not get to my favorite city on the Rhine, the small town of Boppard. I stayed overnight in Wesseling, halfway between Cologne and Bonn. It’s probably seven years since I was there. As I walked in the park along the river, I discovered that there was a Russian Icon museum in a villa in a park. It is a private museum and the man who created the collection lived upstairs on the second floor of the big villa. Perhaps the man was Russian Orthodox, maybe he was Roman Catholic. I never thought about asking because the situation suddenly became so dramatic.

The man asked me where I come from. My friends who subscribe to this blog know that I grew up in Sweden and have Swedish / European Union passport but that I’m also a US citizen after spending half of my life in the United States.

In Europe, I say I’m from Sweden. It simplifies life. Everything in human history deals with LOYALTY and Europeans like European “loyalty”.

I said to the man thatI come from Sweden. Heexploded in anger. “Sie sind ja Protestant!” he said, refusing me access to his museum.

”Religouswars”arealive and well in Europe! Are not ”religious wars”a strange expression?

I shall tell you a little aboutmy family, who mainly were farmers in the cold and dark of Scandinavia for probably 1500 years. Butonebranch in our family tree was well off in the 17th century and earlier they were large landowners (with many children who sometimes shared theinheritance). Earlier,from 1300 AD backwards,they belonged to those who createdtheEuropean states.Takealook atyour background! We may be related!

I told the angry man in the Russian Icon museum in Wesseling on Rhine thatI have lots of saints in my background, including Russian Orthodox Saints and even a Pope. You should have seen his 180 degree turn! He treated me royallyafter that.

If you are a Catholic, Orthodox or if you like icons or if you just love beautiful things, you would like the Wesseling Museum of Russian Icons from the 16th century. I bought two CDs of Gregorian chantsfrom the man. He felt so good because he met a descendant of medieval saints. 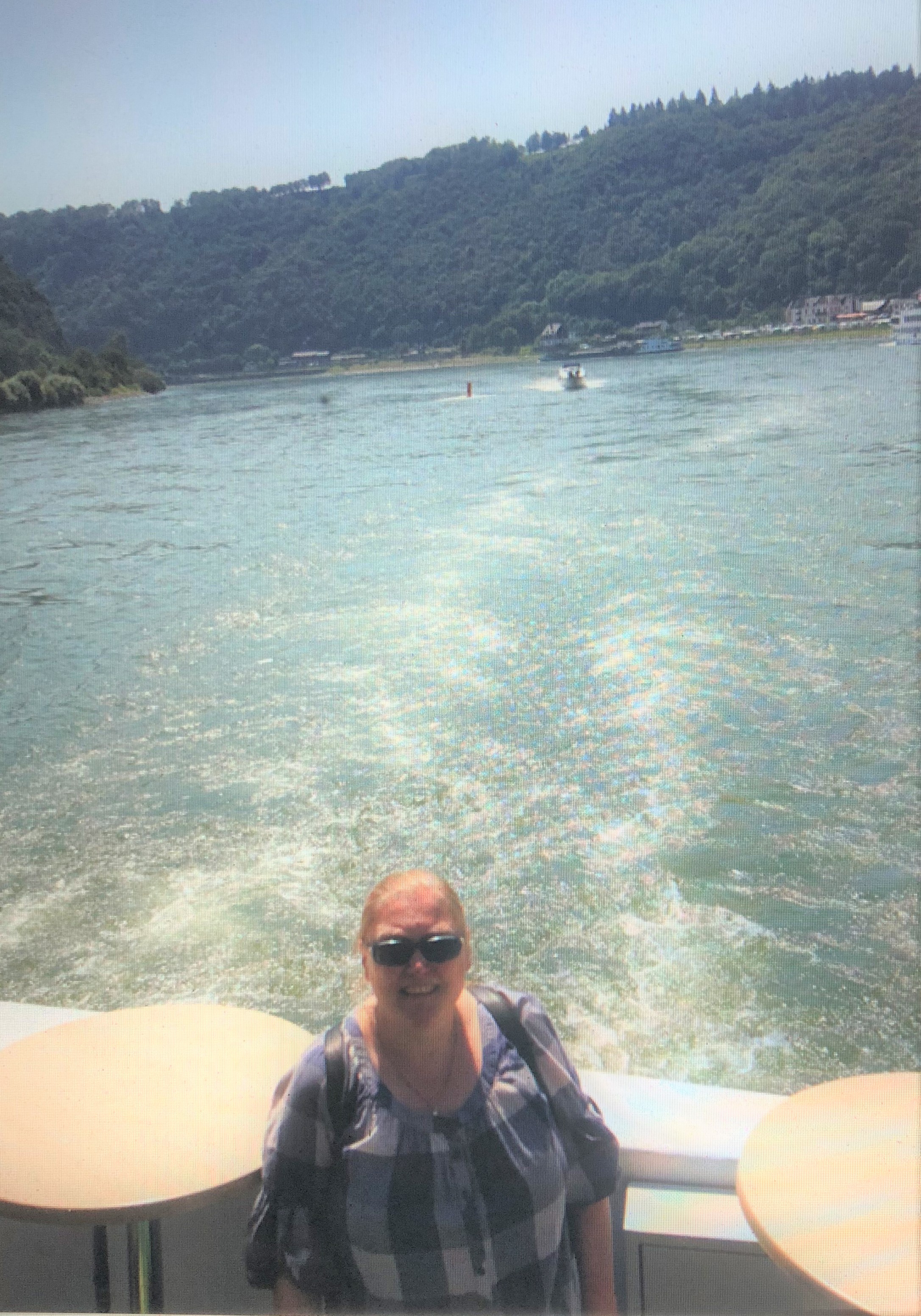 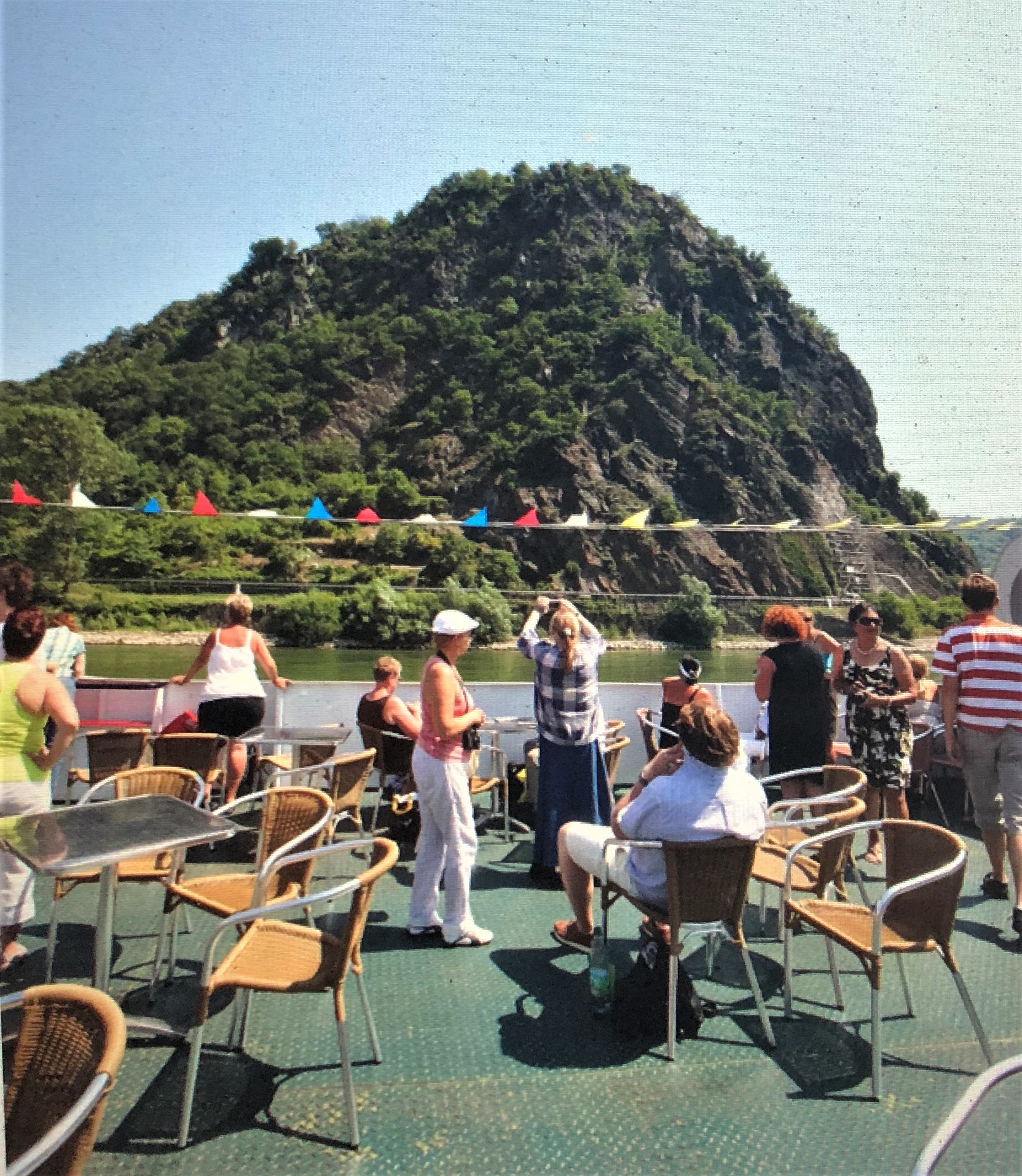